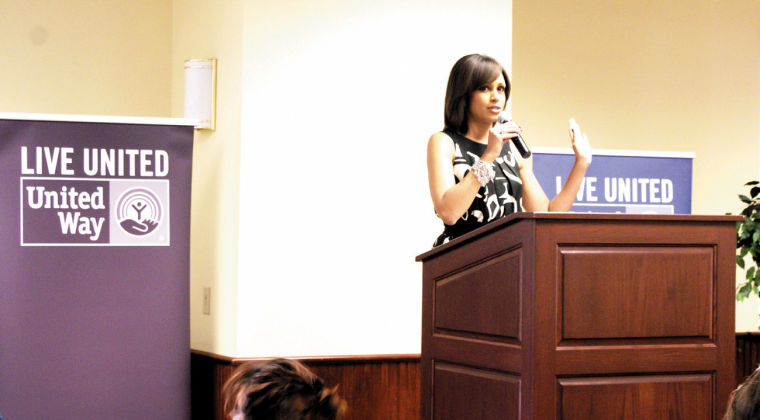 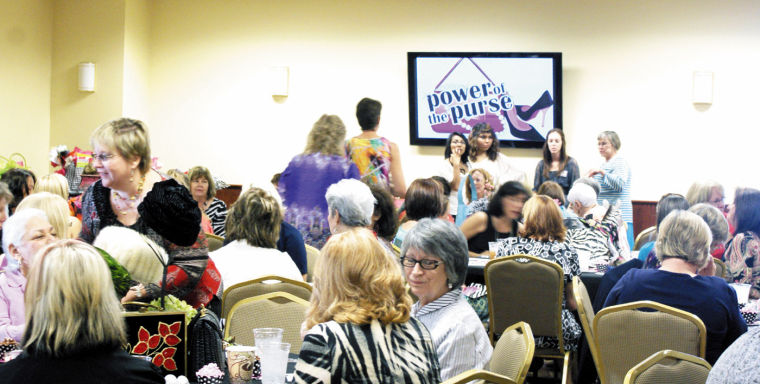 More than 100 women turned out for Thursday’s “Power of the Purse” luncheon at First State Bank Conference Center. Visitors dined and participated in a raffle that offered boutique-level purses and gift baskets.

More than 100 women turned out for Thursday’s “Power of the Purse” luncheon at First State Bank Conference Center. Visitors dined and participated in a raffle that offered boutique-level purses and gift baskets.

“Power of the Purse” allowed more than 100 ticketed guests to dine and participate in merchandise raffles featuring handmade purses and gift baskets, with raffle proceeds set to be directed toward the local United Way Youth Council.

Danielle Hobbs, president of the council, said the funds have been earmarked for families with financial needs and for a program that provides gifts for local hospitalized children.

The youth council is already several hundred dollars in the black, and its teenage members will be in charge of funding the programs during the coming holiday months.

“I think it’s saying that the kids are coming together in the community, and I think it will be a big deal,” Hobbs said.

During the dinner, United Way official Carolyn Powell credited the members of the council for their contributions.

“We all recognize the untapped potential and power of teenage volunteers and the desire to bring these teenagers to the table as stakeholders in our community,” she said. “These young ladies are working together to achieve the common goal of making our community a better place to live.”

And the larger component of Cooke County United Way — the annual fiscal machine that generates money for 18 local outreach agencies — is also operating in excellent stead. Campaign Chair Laura Otts said her committee is well on its way to meeting the 2012 goal of $398,000.

Nearly $300,000 has already come in, and for organizers to exceed the target figure before the campaign’s end, she admitted, is likely.

“The campaign is going fantastic,” Otts said. “A big part of that is because we had our ‘Weber Day’ in September this year as opposed to October. And Weber raises a ridiculous amount of money, and for that, we are eternally grateful.”

The key to the organization’s regular success, she said, is unity — as with any other successful system — and the results can encourage others.