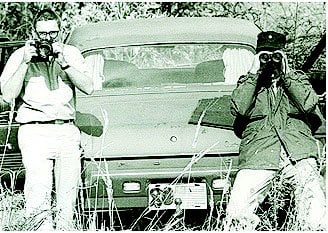 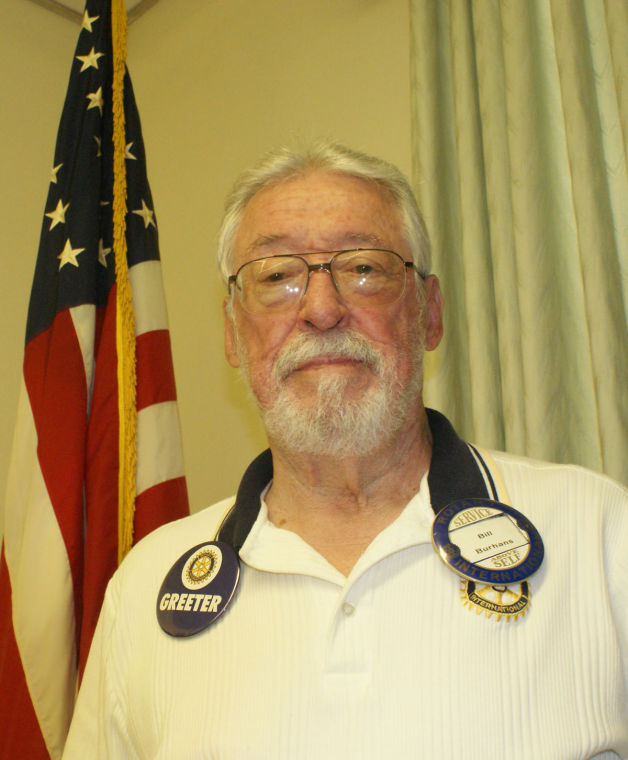 Bill Burhans of Lake Kiowa is a greeter for the Gainesville Rotary Club.

Bill Burhans of Lake Kiowa is a greeter for the Gainesville Rotary Club.

Following a varied history of corporate and government service, Bill Burhans of Lake Kiowa has settled into a society that keeps him fulfilled.

And though his past decade in Lake Kiowa has been a strong contrast to where he’s been, Burhans seems pleased with the results.

“As we jokingly say here, life is so common, peaceful and content that the transition from life to death is virtually unnoticeable,” he said Wednesday. “It’s people helping people, and lots of great facilities. And it’s that spirit of community and volunteerism that make it a good life.”

Burhans, who turns 78 in August, moved to Lake Kiowa in 2002, after relatives recommended the community. On arrival, he’d already served the United States Air Force for nearly three decades, “bangin’ around all over the world.”

And when he arrived, he boasted a distinction found among perhaps none of Lake Kiowa’s other residents: he had come straight from Moscow.

Burhans was fresh from a five-year stint supervising Russian employees in foreign operating divisions of the Baker-Hughes oil services and equipment company.

Yet his actual background is deeply steeped in Russian knowledge, allowing Burhans to serve extensively as a bilingual liaison to American intelligence operations. From 1957 to 1985, he served the United States Air Force as a specialist in Soviet political and military affairs. These years included Russian translation services for Presidents Richard Nixon and Lyndon B. Johnson, and supervision of Soviet military material as part of the USAF Soviet Awareness Program.

“The Air Force gave me a wonderful opportunity and I guess I was able to cope with them, because I kept getting them,” Burhans said.

His decades as an Air Force officer finally took him across the globe and back, leading him to conclude that though places themselves can be very unique, those who occupy them have plenty in common with occupants of nearly everywhere else.

And his resume shows that since 1982 — before formally leaving the military — he has operated his own Russ-Eng Translations Inc., serving as a technical translator and consultant in Soviet/Russian business, political and military affairs.

It’s a position Burhans is able to conduct from where he lives now, from his home in Lake Kiowa, a place he praised as having something for virtually everyone.

And despite his age, he insisted Lake Kiowa isn’t only for people such as himself.

“It’s not a retirement community,” he said, citing the city’s demographic of parents with children still at home, which comprises roughly a third. “It’s always been a recreational community.”

The concept of recreation is at the center of his general life advice today. When asked for it, Burhans cited what he said his own father always told him: life is like a scrambled egg.

It has to keep moving in order to succeed.

“Every day is a challenge, and you’ve got to stay busy and keep your mind active,” he said. “And it’s also a good idea to have a lot of birthdays. That’s because, the more you have, the longer you live.”