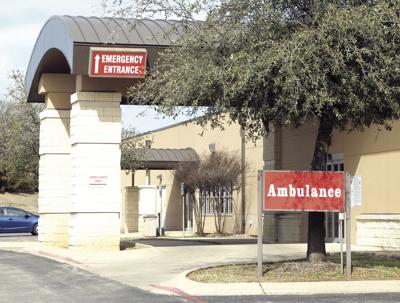 New management is about to take over North Texas Medical Center after members of the Gainesville Hospital District Board of Directors voted Monday to allow its board chairman to sign a negotiated agreement with Plano-based Community Hospital Corporation.

The vote to execute the agreement with CHC was unanimous.

The contract requires the hospital to pay a $30,000 per month management fee and the cost of its c-suite salaries and benefits. It also includes a 90-day lease option.

A copy of the contract will be released once it’s signed, according to Christy Daughtry, assistant to the hospital’s chief executive officer Chris Zeringue.

Before all nine board members went into closed session to discuss the hospital’s future, CHC President and Chief Executive Officer Jim Kendrick spoke.

“My goal is to get you a lease,” Kendrick said.

On Jan. 31, board members heard from two management companies — CHC and New Braunfels-based Endeavor Healthcare — after Universal Health Services announced they will not go forward with a lease of NTMC and are terminating their management agreement effective May 1. The announcement from UHS came one year after they took over the hospital’s operations.

Hospital board members have been pursuing an agreement with CHC since the January meeting, when the two presentations were given.

“We are excited that the North Texas Medical Center board has unanimously voted in support of a new relationship with CHC, consistently, over the past few months,” Kendrick said in a prepared statement sent on his behalf by Anne Block, vice president of marketing and communications of CHC.

When asked if he will keep some of the current c-suite, Kendrick replied that the board is pleased with the executive team and they have done a good job in their respective roles.

Once the contract is signed, Kendrick said the first step is to begin assessing the hospital’s operations.

“Our first steps are really to introduce CHC’s team of experts across many areas—including the supply chain, revenue cycle, IT and finance—and begin collaboration on an operational assessment,” he said.

Funeral services for Darrel Hale, 43, of Gainesville, are pending with Geo. J. Carroll & Son Funeral Home. Mr. Hale passed away January 24, 2020 in Gainesville. You may sign the online register at www.geojcarroll.com.