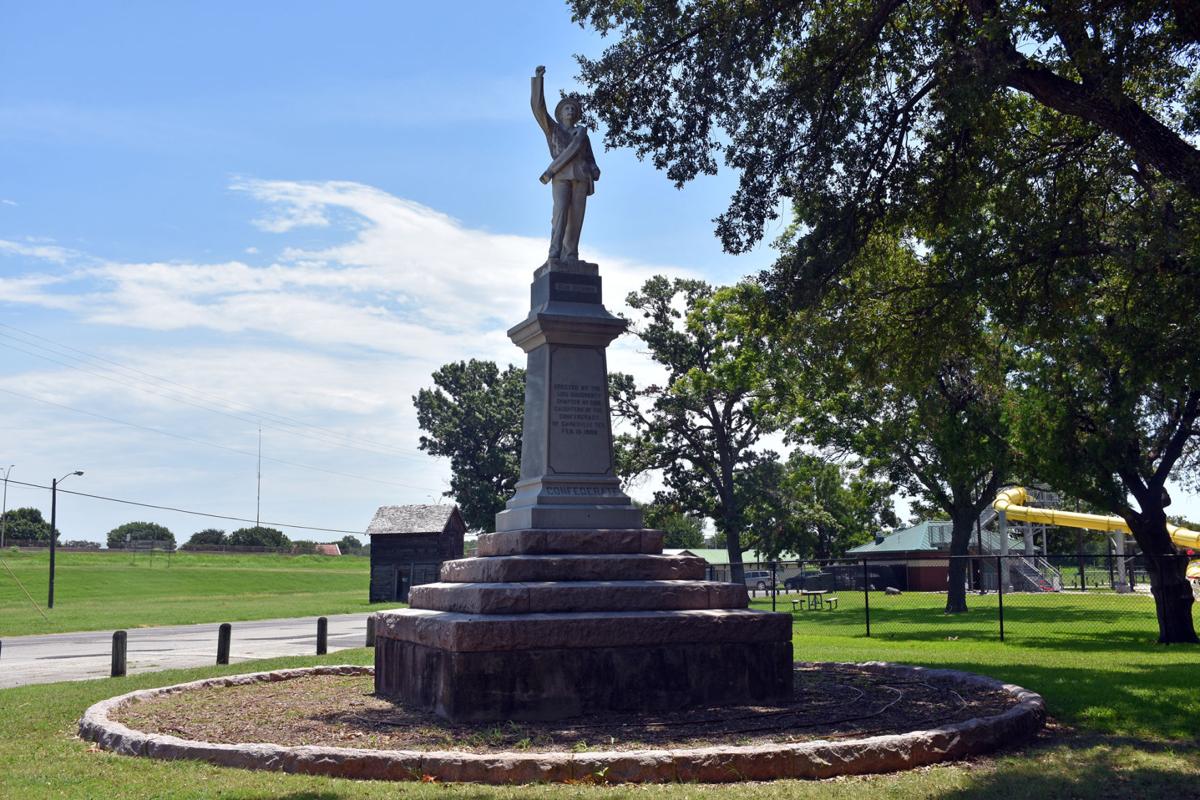 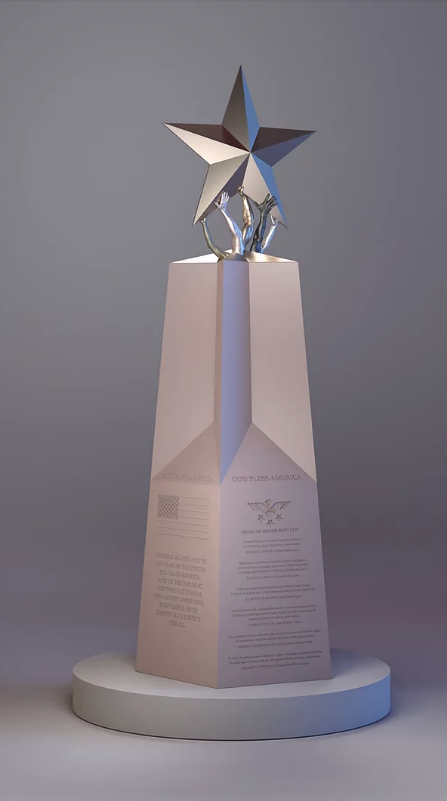 Change is coming to Leonard Park.

Members of the Gainesville City Council on Tuesday voted unanimously to purchase a $398,000 monument to be placed at Leonard Park, 1000 W. California St., to represent the town’s patriotism and unity. Mayor Pro Tem Tommy Moore was absent for the March 16 council meeting and Ward 3 Councilman Michael Hill phoned in from vacation.

The new statue with a pentagonal base will replace the more than 100-year-old Confederate monument at the park that was erected Feb. 15, 1908, by the Gainesville-based Lou Dougherty Chapter No. 366 Daughters of the Confederacy.

“This monument is for everybody,” Mayor Jim Goldsworthy said of the new statue.

Initially, Goldsworthy said he wanted to raise private funds for the Confederate monument replacement and began to do so. He thought he only needed about $100,000, but “the project got bigger,” Goldsworthy said.

About $200,000 has been raised privately, he told members of the council.

Goldsworthy said he will continue trying to raise funds with the balance to be paid with monies the city collects from Hotel Occupancy Tax.

City Manager Barry Sullivan said the city’s HOT is limited to 15% spent on the arts per year.

Sullivan said he believes the city can pay $42,000 toward the new granite and bronze statute at this time.

Sullivan said he thinks he can get around $52,000 a year from HOT to replenish the assigned fund until what is borrowed is paid back.

“It’s incredibly representative of what Gainesville, TX, is,” Goldsworthy said describing the monument.

Different-colored arms hold up a bronze star at the top of the monument, an artist rendering shows.

“It represents unity, patriotism for everybody,” Goldsworthy said.

Goldsworthy said some MOH recipients wouldn’t have been able to play in the park when they were children because of “the way it was regulated for whites only.”

Gainesville is the nation’s only Medal of Honor Host City and invites recipients of the military’s highest honor to come to town once a year and educate children about their service to our country. Last year’s MOH events were canceled because of the coronavirus pandemic. This year, the 20th anniversary celebration will take place in September instead of April.

A ribbon cutting for the new statue is scheduled this year during MOHHC week, according to Goldsworthy.

During a specially called meeting July 14, 2020, members of the Gainesville City Council unanimously agreed to remove the Confederate monument at 1000 W. California St.

At that meeting, Goldsworthy said the decision wasn’t political. He said he’d been discussing the Confederate monuments in town since the George Floyd prayer vigil at the Gainesville Farmers Market in early June. Floyd, who was Black, died during an arrest in late May 2020 in Minneapolis.

Floyd’s death sparked protests nationwide for police reforms and better treatment of Black people, including reconsidering monuments related to the Confederacy or slavery.

On Aug. 27, 2020, the city entered an agreement with the United Daughters of the Confederacy to remove the Confederate monument from the park and take it “within reasonable distance” to a location selected by the UDC, according to a previous Register report. The agreement states the UDC must provide the Morton Museum of Cooke County in downtown Gainesville the first right of refusal.

Sullivan has said there is no record in meeting minutes from the early 1900s that indicates the city owns the statue.

According to an archived report, Sullivan budgeted $30,000 from the city's Hotel Occupancy Tax fund for the monument removal project should the Morton Museum accept the statue. Part of the monies, he said, will go toward helping pay for the display of the monument.

Cooke County Heritage Society President Elaine McHorse previously said the museum will accept the statue if the city and UDC give it to them.

She said the museum is a nonprofit organization and they do not purchase property.

Steve Edward Lance, 56, of Gainesville, passed away on Saturday, April 3, 2021, in Fort Worth, Texas surrounded by his family. The son of Paul Edwin Pape and Martha Sue Whitehead, Steve was born on March 12, 1965, in Temple, Texas. Steve grew up and attended school in Denton and later moved …