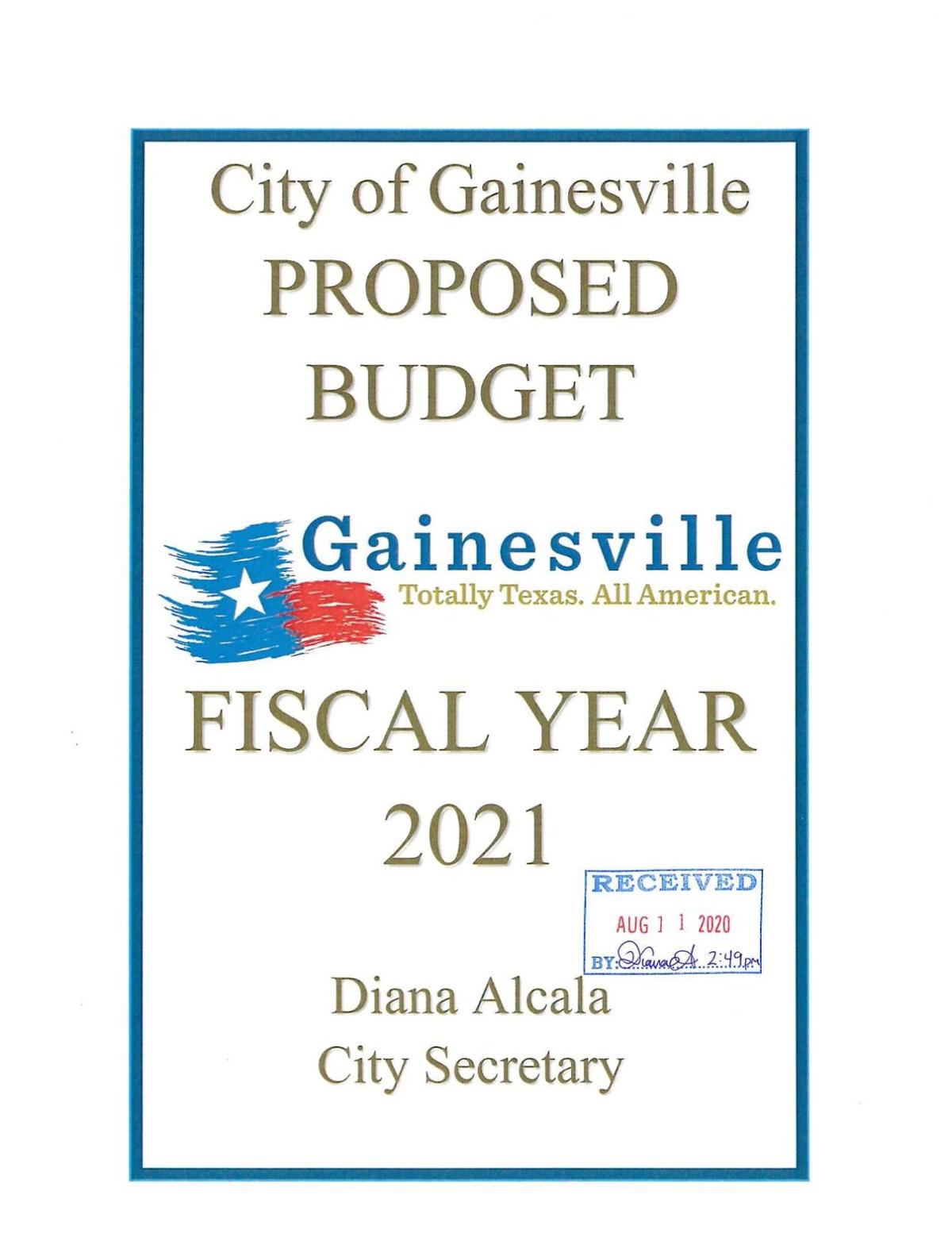 Last year, city officials budgeted a beginning balance of $43.1 million, with revenues expected to be $37.3 million and expenditures budgeted at $39.7 million for 2019-2020, including expenses from assigned project funds, according to an archived Register report.

City Manager Barry Sullivan said Thursday, Sept. 10, that the city expects a drop in revenues for the upcoming fiscal year because of the downturn in the oil and gas industry.

“The decline in the oil industry impacts the city across the board because of the loss of jobs,” Sullivan said.

Mining, quarrying and oil and gas extraction is the most concentrated industry sector in Gainesville relative to the national average, according to a 2018 economic overview report provided on the Gainesville Economic Development Corp.’s website, with about 6% of the city’s labor force employed in the field.

On April 20, the cost of crude oil closed out the day at negative $37.63 per barrel — ending in negative territory for the first time ever, meaning producers were effectively paying buyers to take oil off their hands, the Register previously reported.

Sullivan said the city's sales tax is “majorly” impacted by the oil sector, while adding city officials plan on a decline in sales tax revenue.

Sullivan also said city employees will not be getting raises this upcoming fiscal year.

“Everyone likes to get raises but the employees have been very understanding and are happy that there are no furloughs or layoffs like in other cities,” he said.

The city has held off on hiring certain positions to save money, according to Sullivan.

The proposed budget does include a 12.36% match for retirement contributions, which is the same as the FY 2020 rate, information posted to the city's website shows. An increase of 8% for employee health insurance is also included in the proposed budget.

Overall, operating and debt expenditures in the general fund, assigned fund and debt service fund will decrease from the fiscal year 2020 budget by 6.56%, according to the proposed budget.

“I am proud of all the department directors for developing such conservative budgets,” Sullivan said.

City council members are to vote on the proposed budget after the public hearing.

In addition, council will be voting on the city's proposed tax rate of $0.6875 per $100 assessed property valuation.

All seven Gainesville City Council members agreed on the proposed rate during their Aug. 4 meeting.

The proposed rate is the no-new-revenue rate which was previously known as the effective rate — the tax rate needed to bring in the same tax revenue as the previous year.

The tax rate is broken up into two rates.

The proposed maintenance and operations tax rate is $0.4952, which is below the no-new-revenue M&O tax rate of $0.6035, according to a previous Register Report.

The proposed interest and sinking rate is $0.1923.

“The council reduced the tax rate to the effective rate to help lower the burden on taxpayers,” Sullivan said.

The approved proposed rate is a penny less than the current rate of 70 cents per $100 assessed property valuation approved by council last year.

Council can vote on a lower tax rate than the approved proposed rate but they cannot go higher, according to Sullivan.