The search for a new county judge is underway after members of the Cooke County Commissioners' Court accepted the resignation of Cooke County Judge Jason Brinkley today, Monday, Jan. 4.

The specially called meeting at the Cooke County Courthouse in downtown Gainesville was called after Brinkley announced he was running for Texas House District 68. The HD-68 vacancy was created after state Rep. Drew Springer, R-Muenster, was elected to represent Texas Senate District 30 following a December runoff.

Brinkley’s candidacy for state office prompted his resignation as county judge under the state’s resign-to-run law, the Register previously reported. He is in the middle of his second term as county judge.

“I am required to continue my duties as county judge, as a hold over in office, until a successor is appointed by Commissioner Court, bonded, and sworn into office,” Brinkley's resignation letter states. 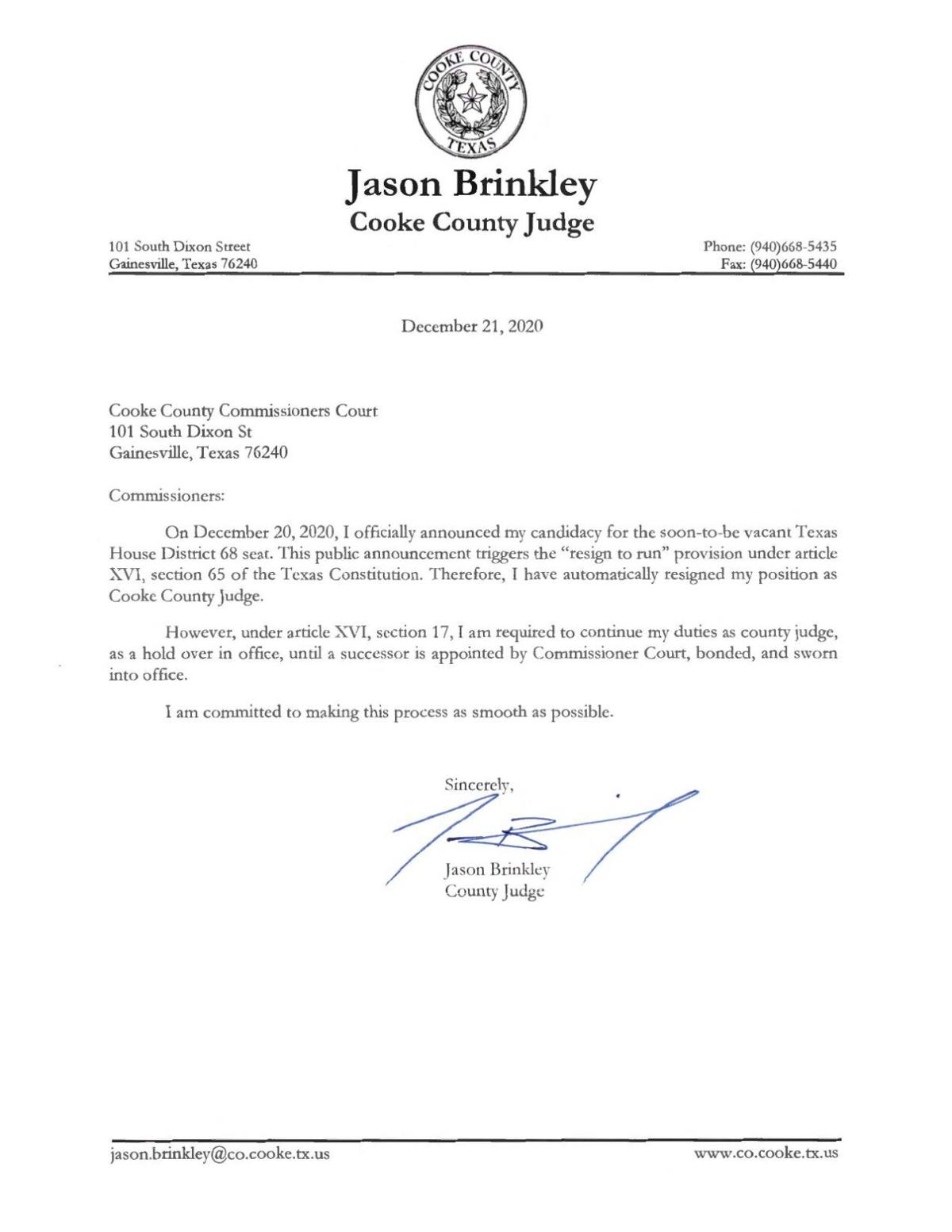 Brinkley confirmed Monday morning he will continue his duties as county judge until an appointment is made.

The vote to accepted his resignation was unanimous with all members of the court present. However, Precinct 4 Commissioner Leon Klement abstained from voting.

Brinkley said the application for his county judge post should be online later today. Applications will be accepted until Monday, Jan. 11 — the day early voting for the special HD-68 election is to begin.