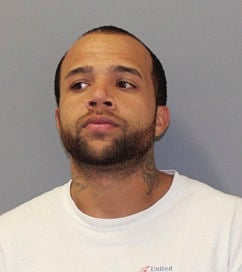 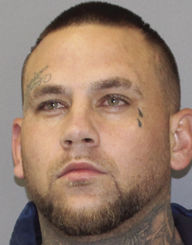 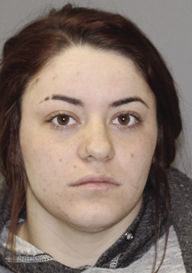 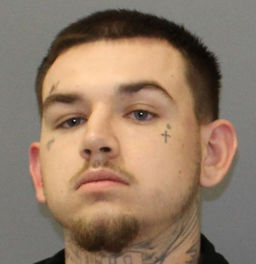 Six Gainesville residents — some who are reportedly gang members — remained in custody Friday, Dec. 13 after they were arrested during an investigation into a drive-by shooting, says Cooke County Sheriff Terry Gilbert.

On Sunday, Dec. 1, deputies with the Cooke County Sheriff’s Office responded to reports of a possible gang-related shooting at a residence in the 2800 block of FM 678 in Cooke County, according to a news release Gilbert sent Friday afternoon.

No injuries were reported. However, the CCSO Drug Enforcement Unit conducted a follow-up investigation into evidence recovered from the scene “during a search warrant related to the shooting,” the release states.

Over the following week, drug enforcement investigators identified “several armed gang members” who were operating in the Cooke County area in weapon and methamphetamine distribution. The reported gang members also had committed a robbery and burglary of a residence in Gainesville and possibly conducted other shootings in the area in relation to drug trafficking, Gilbert’s release says.

In an interview with the Register, Gilbert said there were no injuries during the reported robbery, which occurred late last month. He said jewelry and money were taken and some of the reported stolen items were recovered in the county.

Investigators conducted numerous operations, including execution of search warrants at homes in the 100 block of County Road 193 in Cooke County and the 900 block of South Lindsay Street in Gainesville, to recover evidence related to the investigation.

The search of the two residences yielded three illegal firearms, two fake firearms, one illegally made firearm suppressor and “numerous firearm magazines and ammunition,” according to Gilbert.

Tetrahydrocannabinol, more commonly known as THC, is a chemical compound in marijuana that allows users to get high.

Gilbert told the Register that all drugs were found on people arrested.

The following Gainesville residents were placed under arrest either Thursday, Dec. 5 or Wednesday, Dec. 11 related to the investigation into the shooting:

Cory Dewayne Lee, 32, was arrested on charges of aggravated assault with a deadly weapon, unlawful possession of a firearm by felon and deadly conduct by discharging firearm. Lee is reported to be associated with the 5-Deuce Hoover Crips gang, Gilbert said. As of Friday, no bond had been set for Lee.

Breana Monique Llamas, 20, was charged with aggravated assault with a deadly weapon, deadly conduct by discharging firearm, failure to report felony and injury to child/elderly with intent to cause bodily injury – bond revocation warrant. A $100,000 bond is set on the warrant and no bonds had been set for the other charges as of Friday.

Cole Lee Smith, 22, faces charges of aggravated robbery, burglary of a habitation, possession of a controlled substance in Penalty Group 1 more than four grams less than 200 grams and possession of marijuana less than two ounces. Smith’s bonds total $326,500. He is reported to be a member of the Gangster Disciples, Gilbert said.

Terry Wayne Lee, 56, was arrested on charges of manufacture / delivery of a controlled substance in Penalty Group 1 more than four grams less than 200 grams. His bond is set at $125,000.

Shelchie Marie Ramirez, 29, is facing a charge of hindering apprehension or prosecution of a known felon. Her bond is set at $50,000.

Michael Lee Henry, 31, was arrested on charges of manufacture / delivery of a controlled substance in Penalty Group 1 more than four grams less than 200 grams. No bond had been set as of Friday. He is also reported to be a member of the Gangster Disciples, Gilbert said.

Gilbert said the investigation is ongoing and “more arrests are possible.”

Gilbert’s release states the CCSO strives to “suppress the flow of illegal weapons and narcotics into the Cooke County community which endanger the lives of innocent citizens who are impacted by the dangerous actions of reckless criminals.”