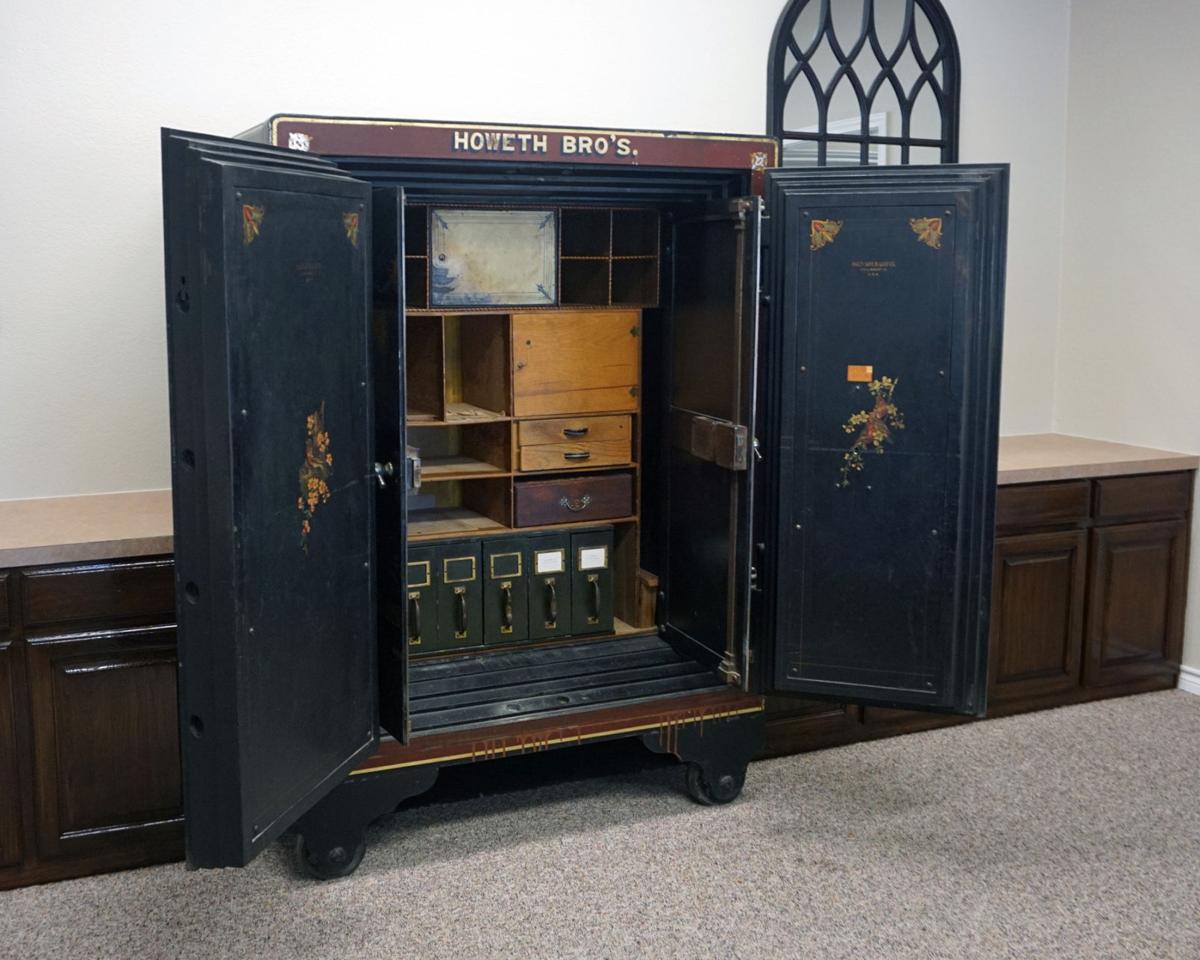 A safe from the 1800s, at left, remains in the offices at Howeth Title Co. in Gainesville today. Ruth and Phil Adams, above, took over from the Howeth family in 1994 upon Don Howeth’s retirement and are the current owners of the business, which is celebrating its sesquicentennial. 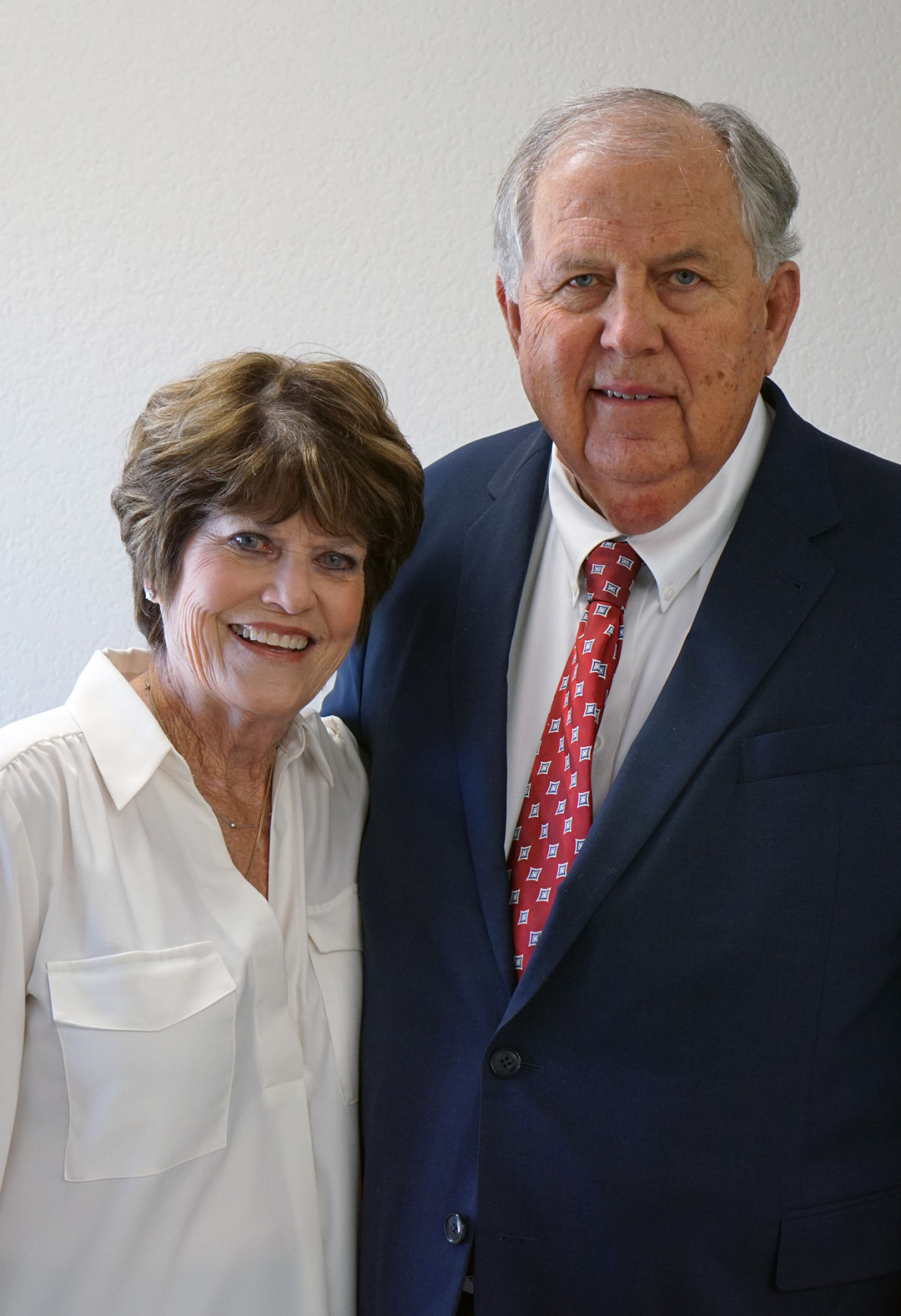 A safe from the 1800s, at left, remains in the offices at Howeth Title Co. in Gainesville today. Ruth and Phil Adams, above, took over from the Howeth family in 1994 upon Don Howeth’s retirement and are the current owners of the business, which is celebrating its sesquicentennial.

The oldest continuously operated company in Gainesville and Cooke County and oldest independent title company in the state of Texas is celebrating its 150th anniversary this year — the Howeth Title Co. Five operators have run the business throughout the years, and in this final of five installments, the Register looks at how the business went from the Howeth family to its current owners.

It was 1994 and Don Howeth was ready to retire. The problem? None of his children had interest in the business. He needed a local citizen to take it over. Don went to Phil Adams one day and said, “Phil, I am selling the title company to you.”

Surprised by this, Phil said he did not have the money to buy it.

Phil didn’t have the heart to tell him he didn’t have the $25,000 down payment, so he went to Ben Hatcher at First State Bank. The bank loaned him the down payment and Phil and Ruth were in the title business. And that is how the Howeth legacy continues today.

Little did Don Howeth realize that he had just sold the business to the boy who delivered the newspaper to the family home while Don’s father J.D. was living. When Phil and Ruth purchased the business 25 years ago, it was determined that Ruth, having left her teaching position the year before, would become the president of Howeth Title Co. Don Howeth still came to the office every day and then after about five months, he didn’t. The employees and Ruth were going to do just fine.

They started with three employees but the title industry was changing. At one time, all closings were done in an attorney’s office. Regulations changed so they began taking place at title companies. They now have 10 employees and Ruth turned over the president’s role to Karen Castleman, then Jack Hanna and now Kristi Kleinert. During the past 25 years, the Adamses took the computer that Don purchased plus some more and put them to good use as now all records are electronic. But if you long to look at original documents, they have them.

Walk into the lobby and you will see the original ornate safe behind the receptionist desk. The floor safe that was installed when their office was located on California Street is still there — sort of impossible to move. And, there are volumes of records and maps in their office and in storage.

Don gave Phil some words of advice when he took over. One saying that stuck was “You have to make an A every day. Anything less, in the examination of titles, is unacceptable. In title work a B is not sufficient and it costs you — you have to get a title right.” And perhaps that is one of the lessons of how a business survives and thrives for 150 years — take pride in doing it right every time.

The Adamses have given back to the community both in money and time. They have especially supported the Boys and Girls Clubs of Cooke County, the Frank Buck Zoo, Abigail’s Arms Cooke County Family Crisis Center, Camp Sweeney and the Gainesville Independent School District Foundation, among others. They have served on numerous boards as well.

In celebration of the company’s 150th anniversary, Howeth Title Co. and the Adamses will host an open house from 4-7 p.m. Thursday, Oct. 17, at the its offices, 110 E. Broadway St. The event is open to the public.