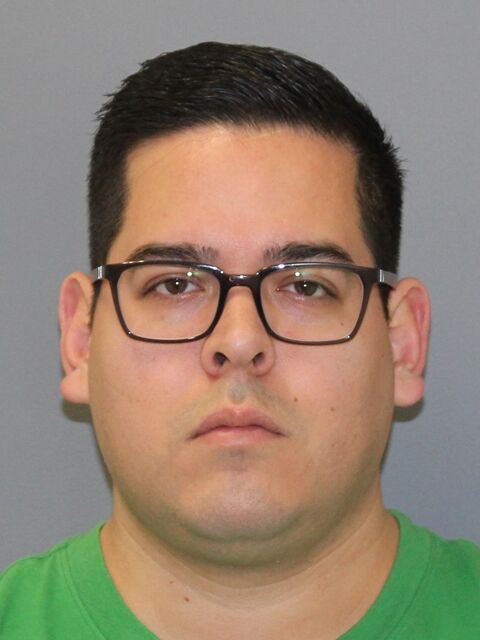 A screenshot of a GoFundMe post made under the name "PC Kevin Phillips."

A 33-year-old running for a seat on the Gainesville Independent School District Board of Trustees has bailed out of jail after being accused of posing as the Gainesville police chief on a fundraising website.

Joel Luis Najera turned himself in to authorities at the Cooke County Jail on Wednesday morning, March 3, after a warrant was issued for his arrest on an online impersonation charge. Najera posted bail the same day. His bond was set at $3,000, according to jail records.

The Gainesville resident is accused of impersonating Gainesville Police Chief Kevin Phillips and Blake Anthony Wallace on GoFundMe “with the intent to harm or intimidate,” according to court records obtained by the Register.

Gainesville Police Chief Kevin Phillips said the Rangers conducted the investigation so it wouldn’t be partial to his department.

“Obviously we’re not going to conduct our own investigation internally like that,” Phillips said. “That was sent outside so it would be completely unbiased.”

Phillips said a comment that went along with a GoFundMe donation made it appear as if he was working against the police department.

The comment posted with the name “PC Kevin Phillips” on a GoFundMe fundraiser for PRO Gainesville, according to a screenshot obtained by the Register, said “I need attention, and these kids help me get it. Every villain needs a hero.”

PRO Gainesville, an activist organization, has been calling since June 2020 for the removal of the Confederate Soldiers and Sailors Monument that sits on the northeast corner of the Cooke County Courthouse, 101 S. Dixon St.

Phillips emphasized the harmful perception he said the GoFundMe comment could create.

“It does damage the image of the department and our ability to effectively do our job in the public,” Phillips said, adding he appreciates the community’s continued support of Gainesville Police Department.

Wallace, a Gainesville business owner, said Wednesday afternoon that he did not wish to comment.

A statement sent from PRO Gainesville co-founder and Gainesville City Council candidate Justin Thompson states that the activist group stands behind Najera and they believe his comments were “political satire.”

“We are confident that our attorney, Alison Grinter, will prove this in court,” the statement reads.

Thompson said Najera isn’t a member of PRO Gainesville, but an “ally” with the “common goals of an inclusive community.”

A press release issued by PRO Gainesville today demands a citizen’s oversight committee focused on investigating complaints made against GPD, a third-party racial bias audit of GPD and the resignation of Phillips.

This isn’t the first time the organization has called for Phillips to resign.

Co-founder Torrey Henderson called for Phillips to resign shortly after she bailed out of jail herself. Henderson, Thompson and another PRO Gainesville member, Amara Ridge, turned themselves in to authorities at the county jail Sept. 3, 2020, on Class B misdemeanor charges of obstructing a highway or other passageway that police say occurred during a march on Aug. 30 the group organized, according to archived Register reports.

Joel Luis Najera, the man accused of impersonating the Gainesville police chief and a Gainesville businessman online, can still run for local office.

Steve Edward Lance, 56, of Gainesville, passed away on Saturday, April 3, 2021, in Fort Worth, Texas surrounded by his family. The son of Paul Edwin Pape and Martha Sue Whitehead, Steve was born on March 12, 1965, in Temple, Texas. Steve grew up and attended school in Denton and later moved …