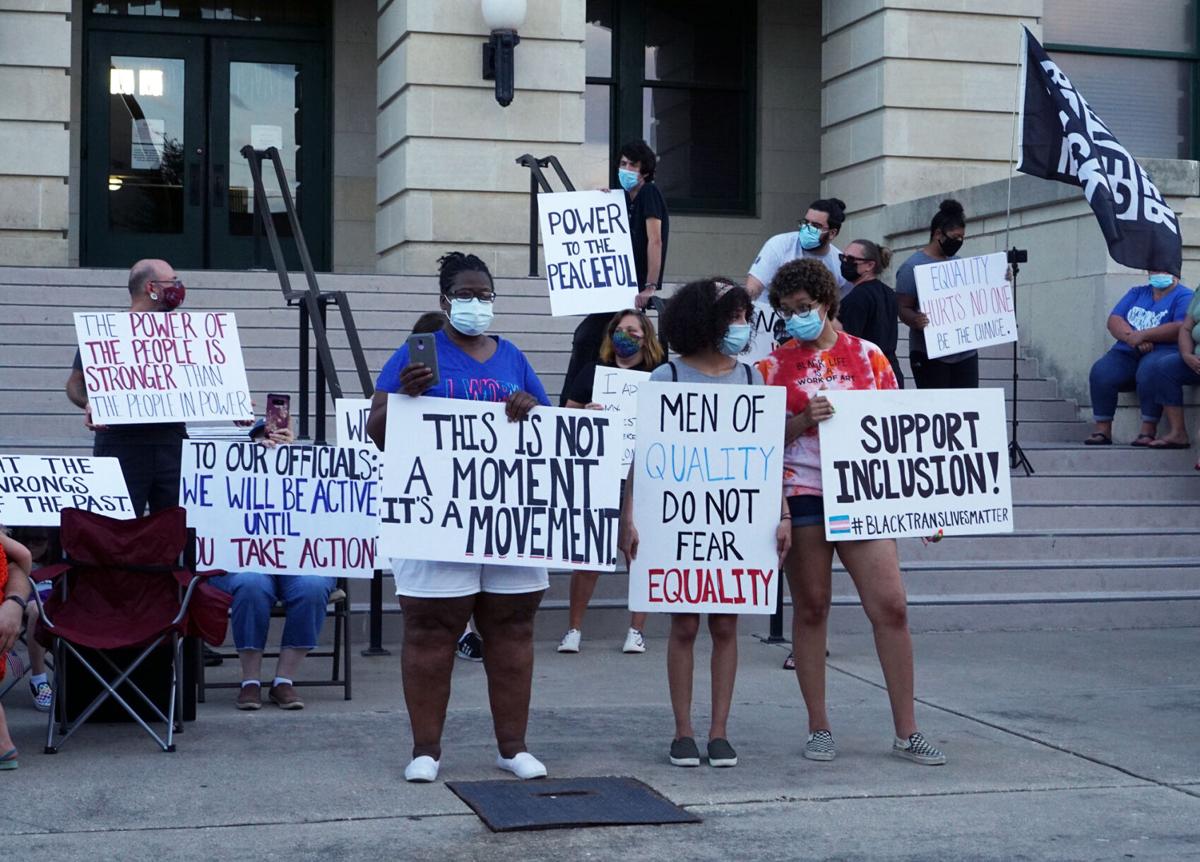 Protesters stand at the east steps of the Cooke County Courthouse on Saturday, July 25. 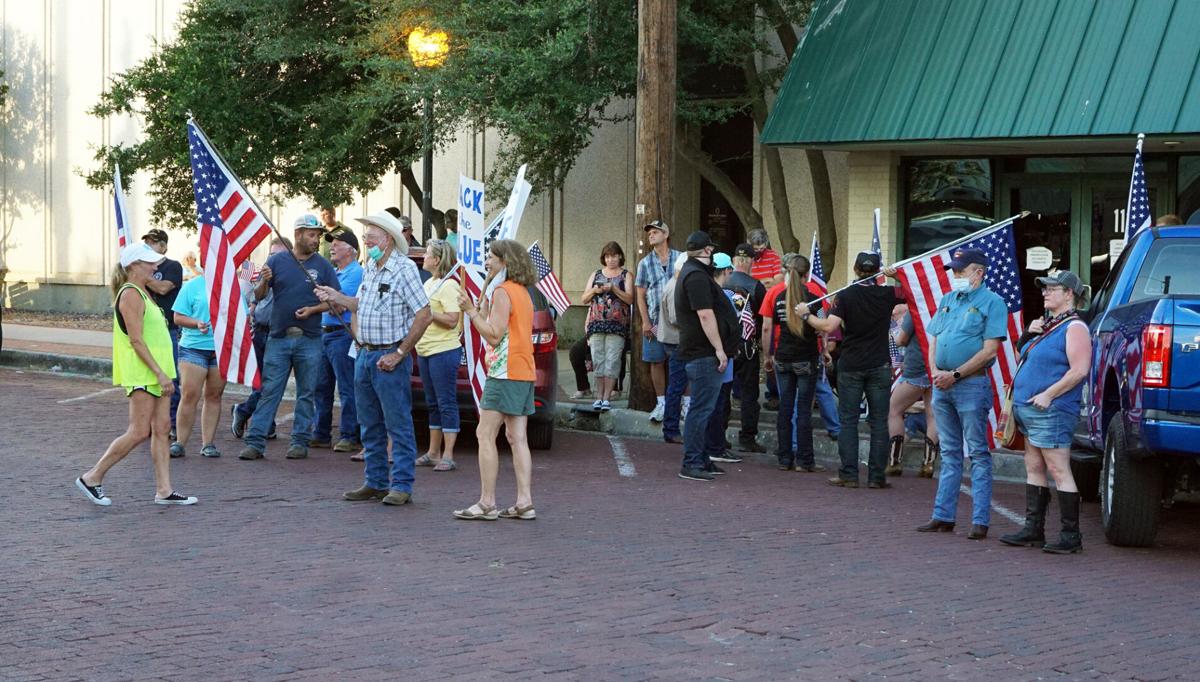 Counter-protesters mill on the sidewalk on the east side of Dixon Street on Saturday, July 25.

About three dozen protesters with placards occupied the Cooke County Courthouse steps Saturday, July 25, to support removing the Confederate Soldiers and Sailors Monument from courthouse grounds. Several dozen counter-protesters also turned out to advocate leaving the monument where it is. Saturday’s event was the third of a series of recent protests organized by PRO Gainesville to draw greater attention to the monument. Cooke County Judge Jason Brinkley announced Monday, July 27, that a specially called meeting is scheduled for 10 a.m. Monday, Aug. 17, to discuss and take possible action on the statue.