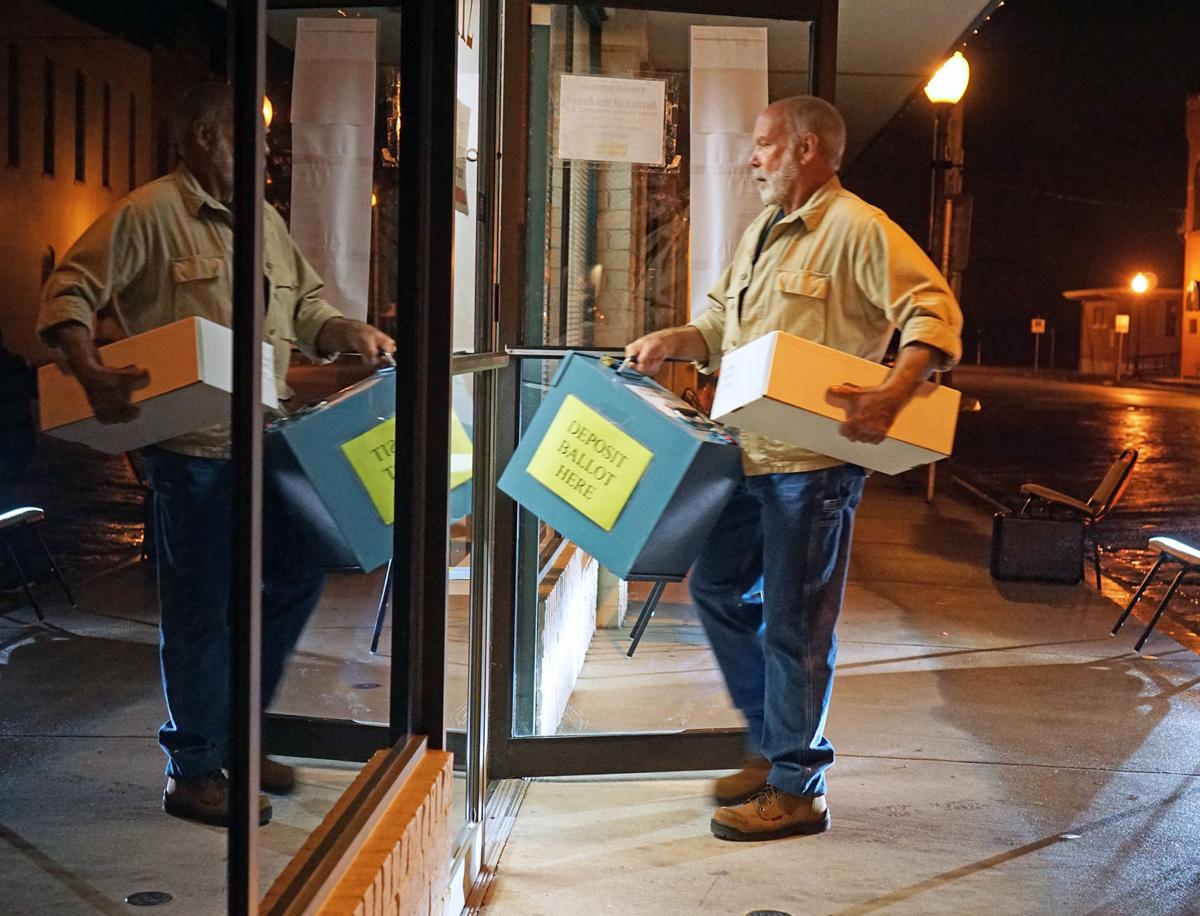 Jim Austin carries a ballot box and other election supplies into the Cooke County Courthouse Annex at about 7:25 p.m. Tuesday, Nov. 5. He was helping Sue Carr, an election worker at precincts 12 and 14 in Era, who was the first to bring ballots in for tallying after polls closed at 7 p.m. 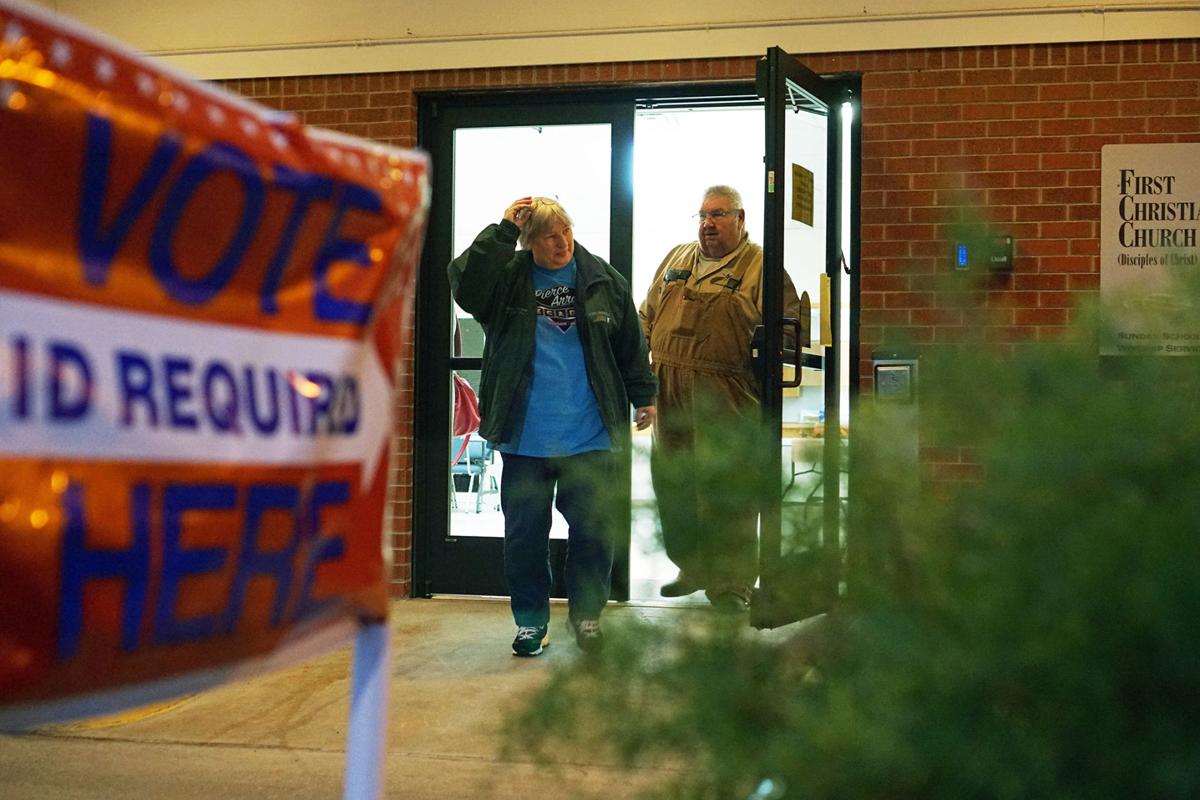 Mary and Bobby Grissom exit First Christian Church on Dixon Street, where their precinct voting location was, on Tuesday evening, Nov. 5, just over an hour before polls closed.

For the Nov. 5 election, 788 voters made their choices early and another 3,459 voted on Election Day for a total of 4,247 ballots cast, according to the data from Harrison’s office. A total of 25,716 people were registered to vote as of Nov. 5.

Ballot counts are unofficial until they are canvassed. Canvassing is set for 10 a.m. Nov. 18, Harrison said.

“It was kind of a big surprise, but we got the ballots in and handled it all right,” Harrison said of the turnout.

Ten state constitutional amendments, one Woodbine water utility proposition and three races for seats on the newly forming Woodbine Special Utility District board were on the ballot.

Harrison believed Proposition 4 — a proposal to amend the state constitution to prohibit an income tax — drew voters out. The Woodbine utility issue probably attracted some voters, too, she said.

She spent some of the day rushing more ballots to precincts that had informed her they’d started to run low due to the unexpected turnout. No precincts ever completely ran out of ballots, she said, though in a few cases an emergency ballot was used, in accordance with state statute. Election officials reconciled those emergency ballots and counted them along with the rest of the ballots once polls closed at 7 p.m., she said.

“We got them all counted,” Harrison added.

Half of registered Texas voters turned out in 2018. Just 12% turned out this year.