The road could be shut down for the entire week to put in a new culvert on FM 373 three miles east of Farm-to-Market Road 2382, officials said. 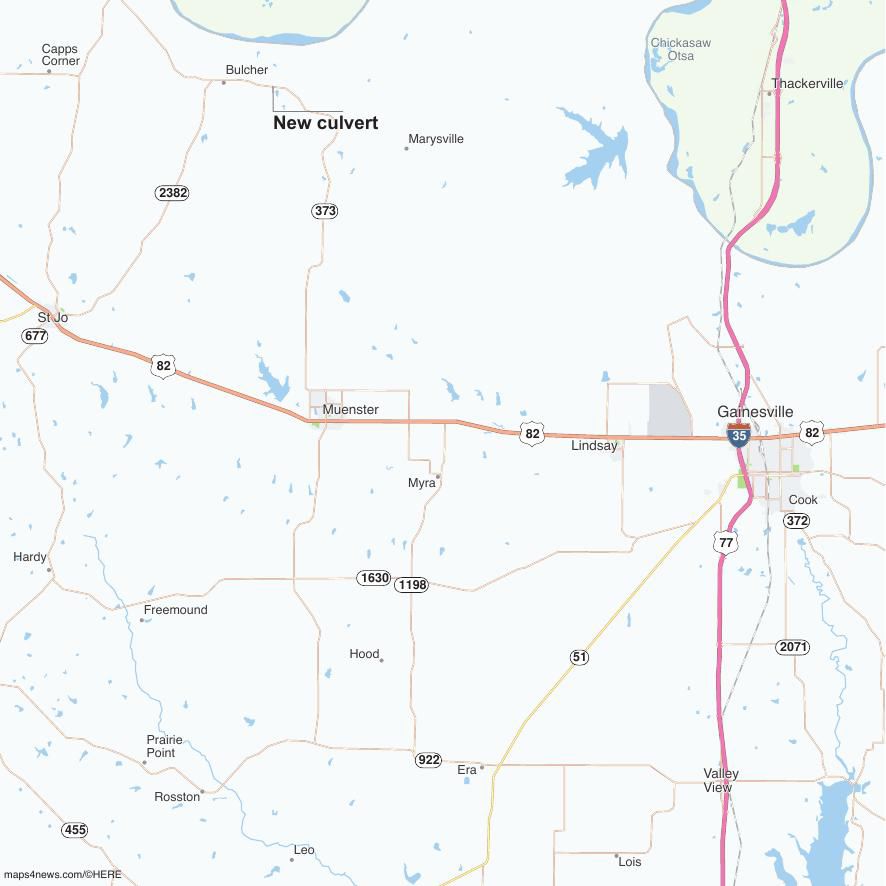 Only local traffic will able to get into the immediate construction area, according to a previous report in the Register. Residents on the west side of the culvert can use FM 2382 to get to their property, while neighbors on the east side will use FM 373.

The work, which is reported to be in the Bulcher area, was originally scheduled to begin Monday, May 13, but rain in the forecast and muddy conditions postponed the construction.

Lewis said Monday afternoon that the contractor needs seven good weather days “to remove it, put the new culvert in and pave.”

The construction is part of a $2.9 million contract TxDOT has with Denton-based Jagoe-Public Co. to widen culverts and portions of FM 373 from U.S. 82 in Muenster to FM 2382 north of Saint Jo, according to TxDOT.