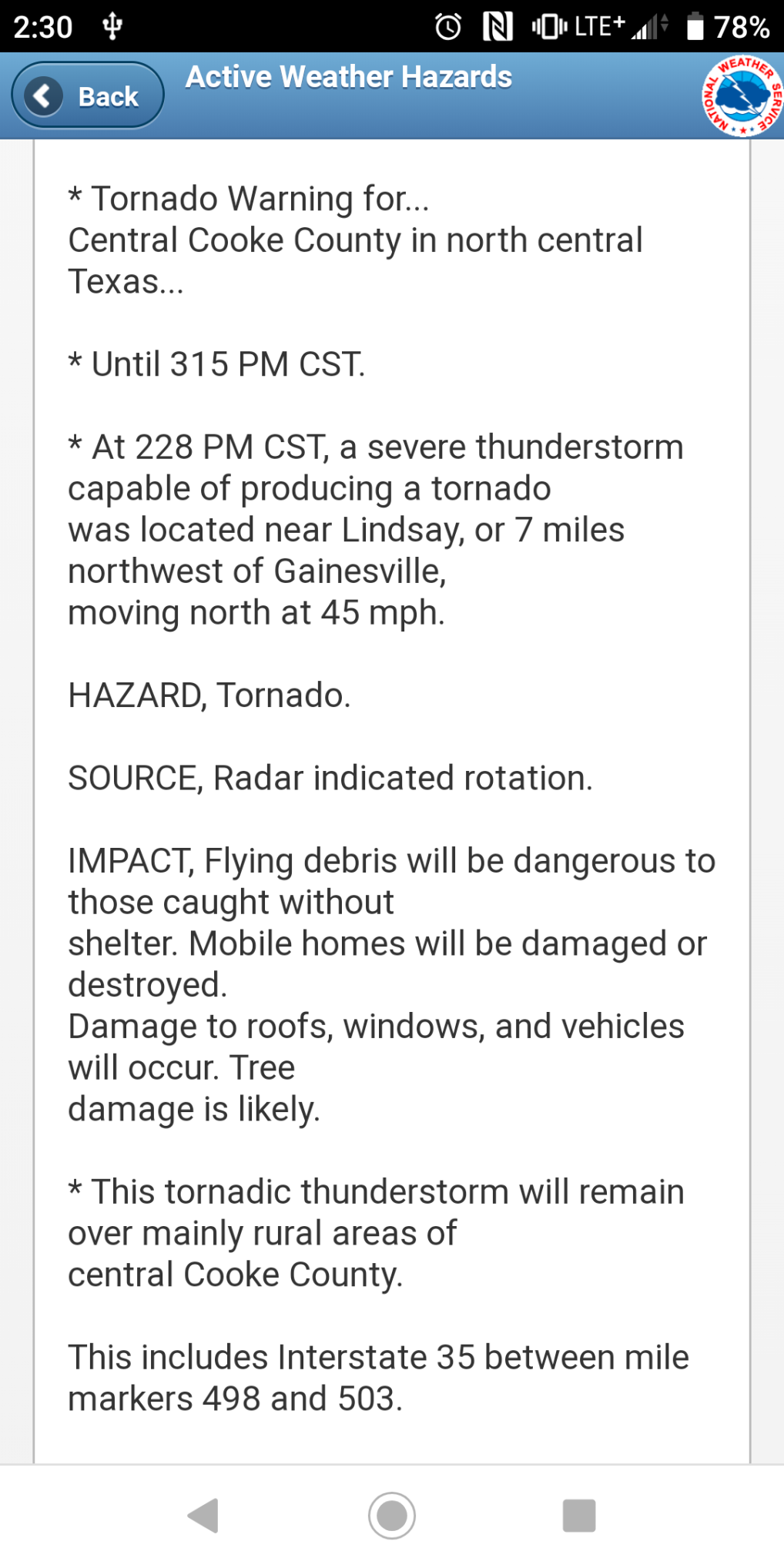 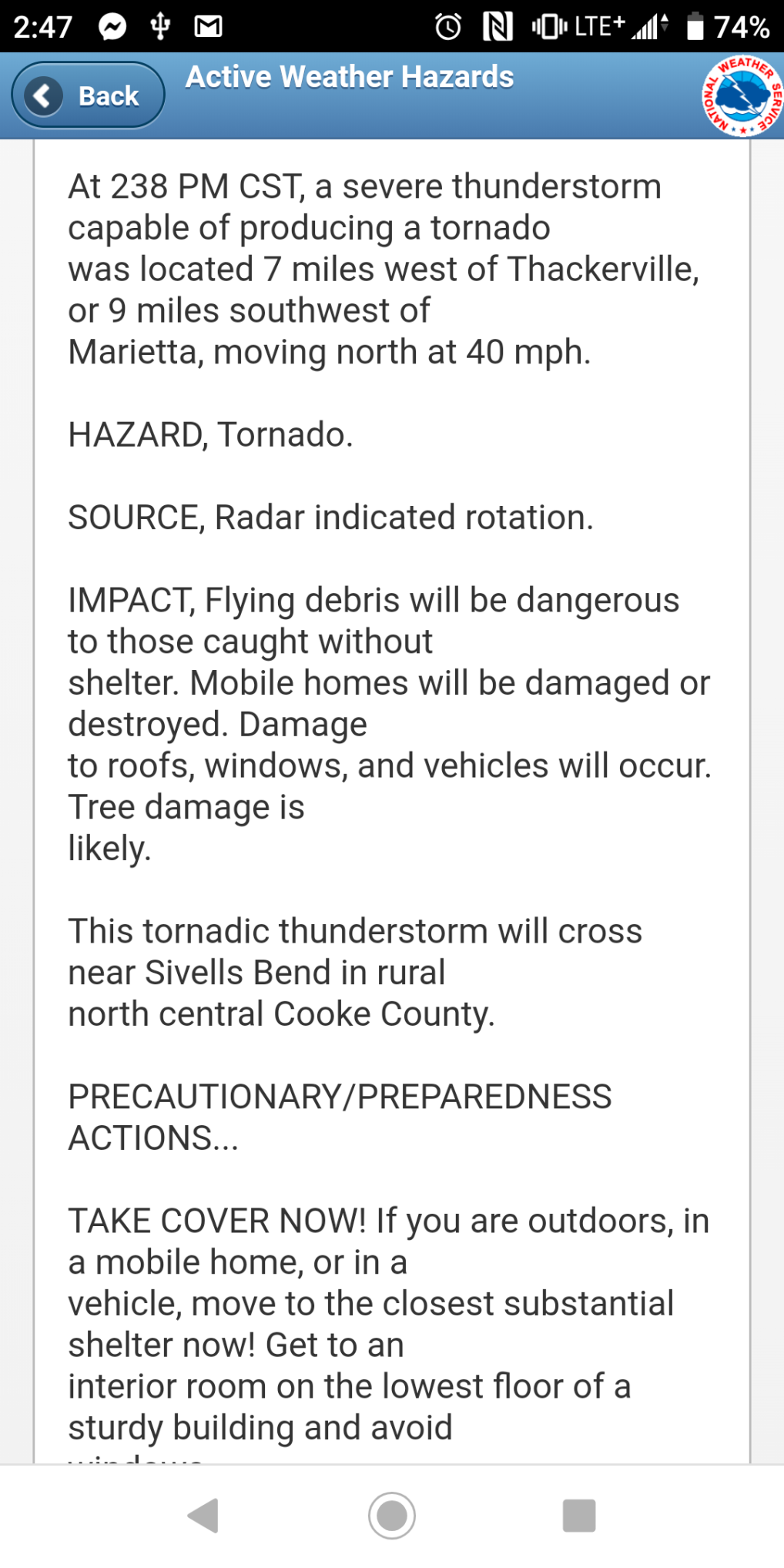 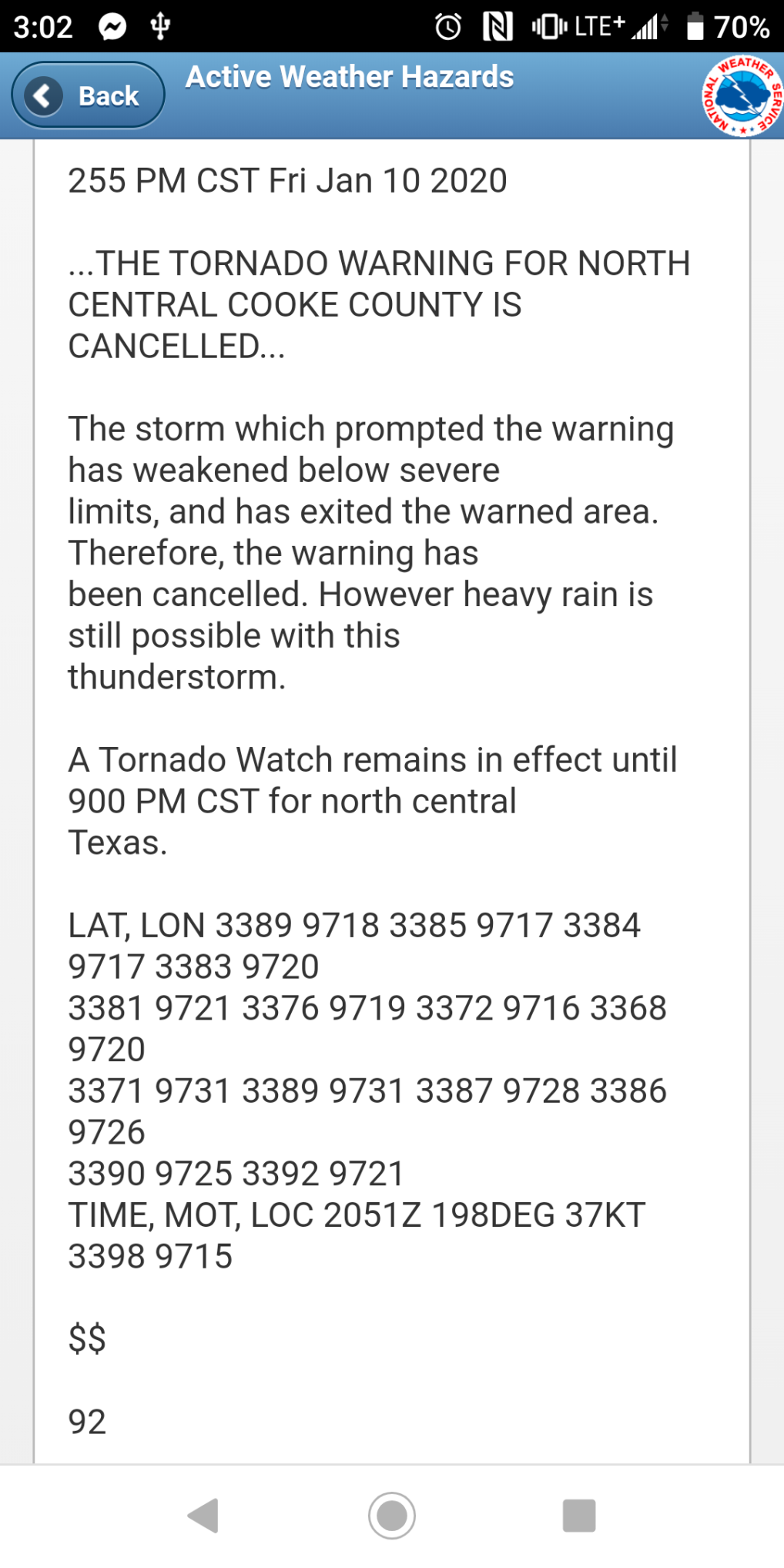 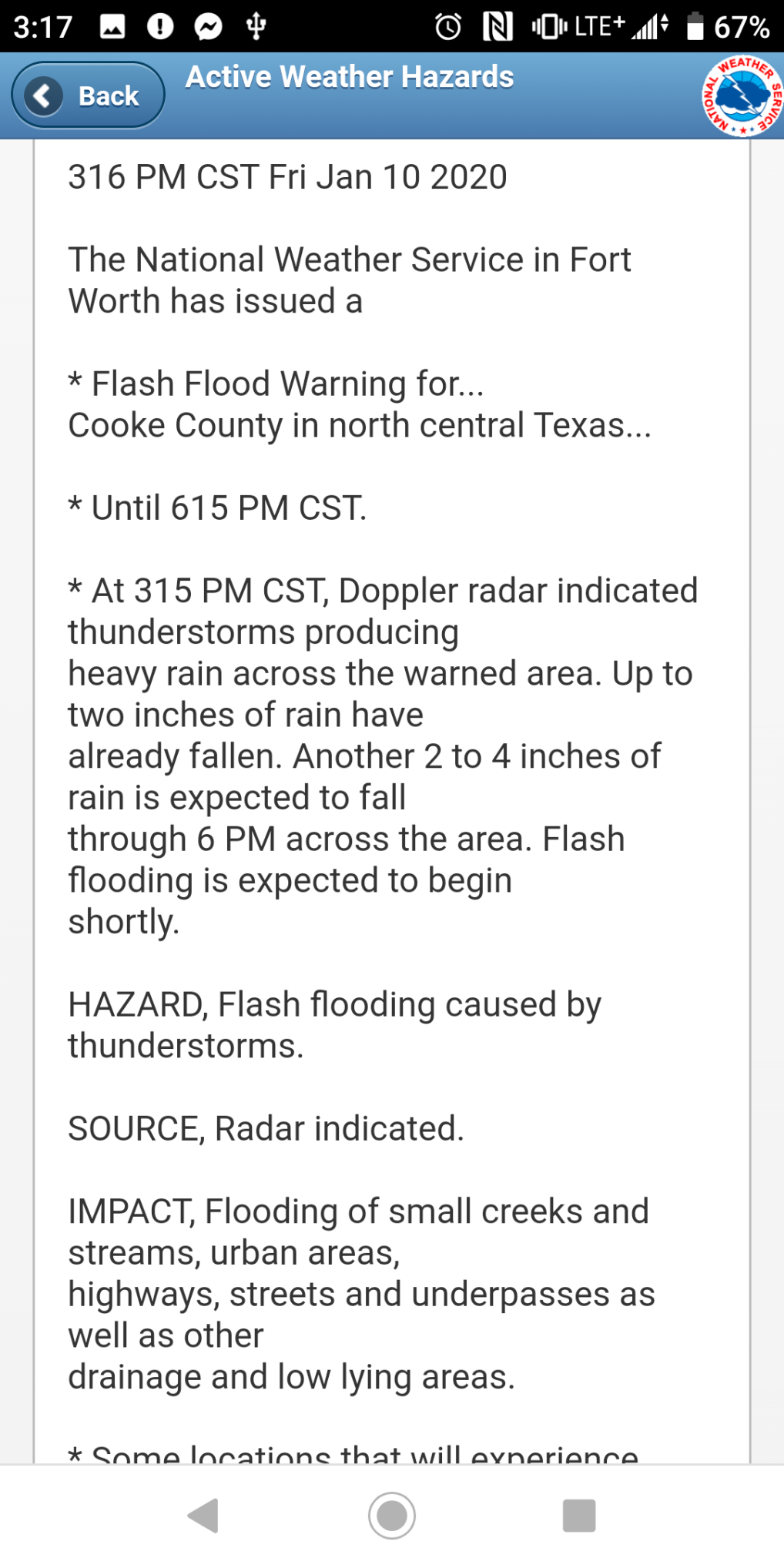 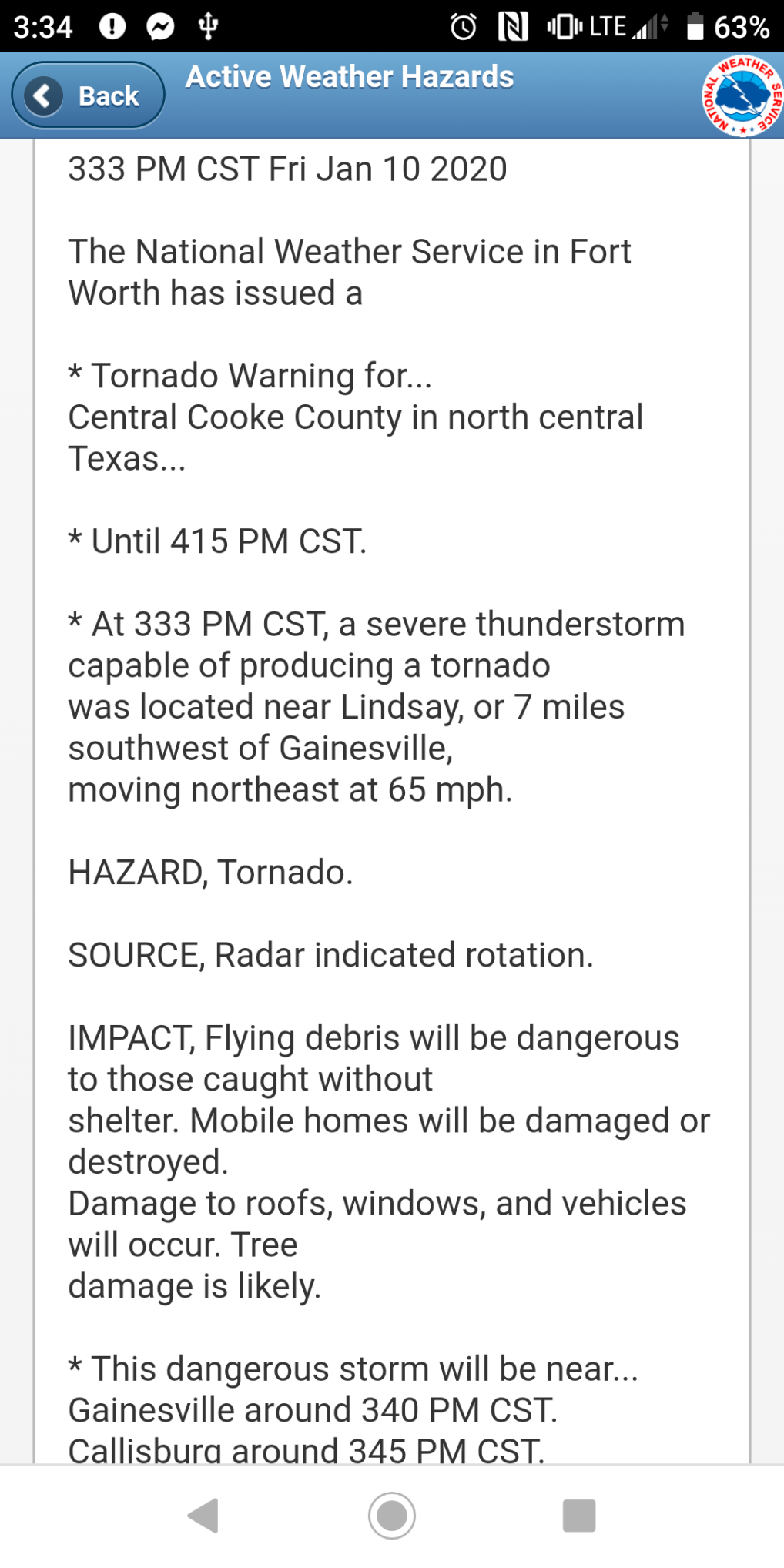 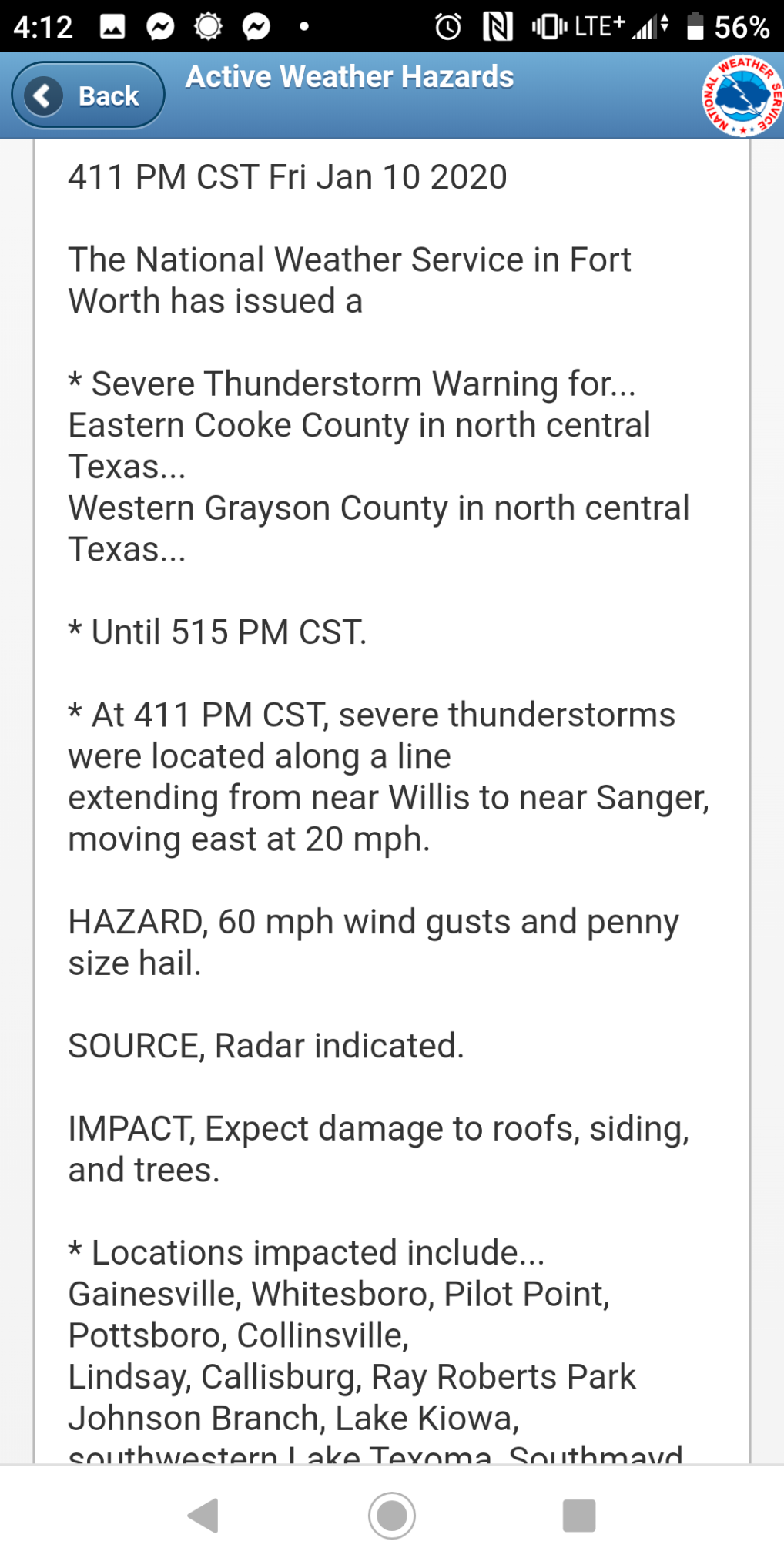 The NWS advises Whitesboro and Callisburg are expected to be hit by a severe storm the agency is tracking. The "severe thunderstorm was located near Whitesboro, moving northeast at 50 mph."

A new tornado warning has been issued for north central Cooke County, effective until 4:15 p.m. "At 333 PM CST, a severe thunderstorm capable of producing a tornado was located near Lindsay, or 7 miles southwest of Gainesville, moving northeast at 65 mph," according to the National Weather Service.

Tornado warning for Cooke County has been canceled. Watch remains in effect until 9 p.m.

No tornado has been spotted on the ground per Cooke County Emergency Management Coordinator Ray Fletcher.

Weather spotters focusing on western portion of the county. Wise Co. south of Decatur under tornado warning per scanner reports.

Storm spotters have been activated to watch for possible tornado in the areas of Muenster, Myra, Rosston, Lindsay. Severe storm reported near Thackerville.

The National Weather Service office in Fort Worth issued a tornado warning for Cooke County effective until 3:15 p.m. Friday.