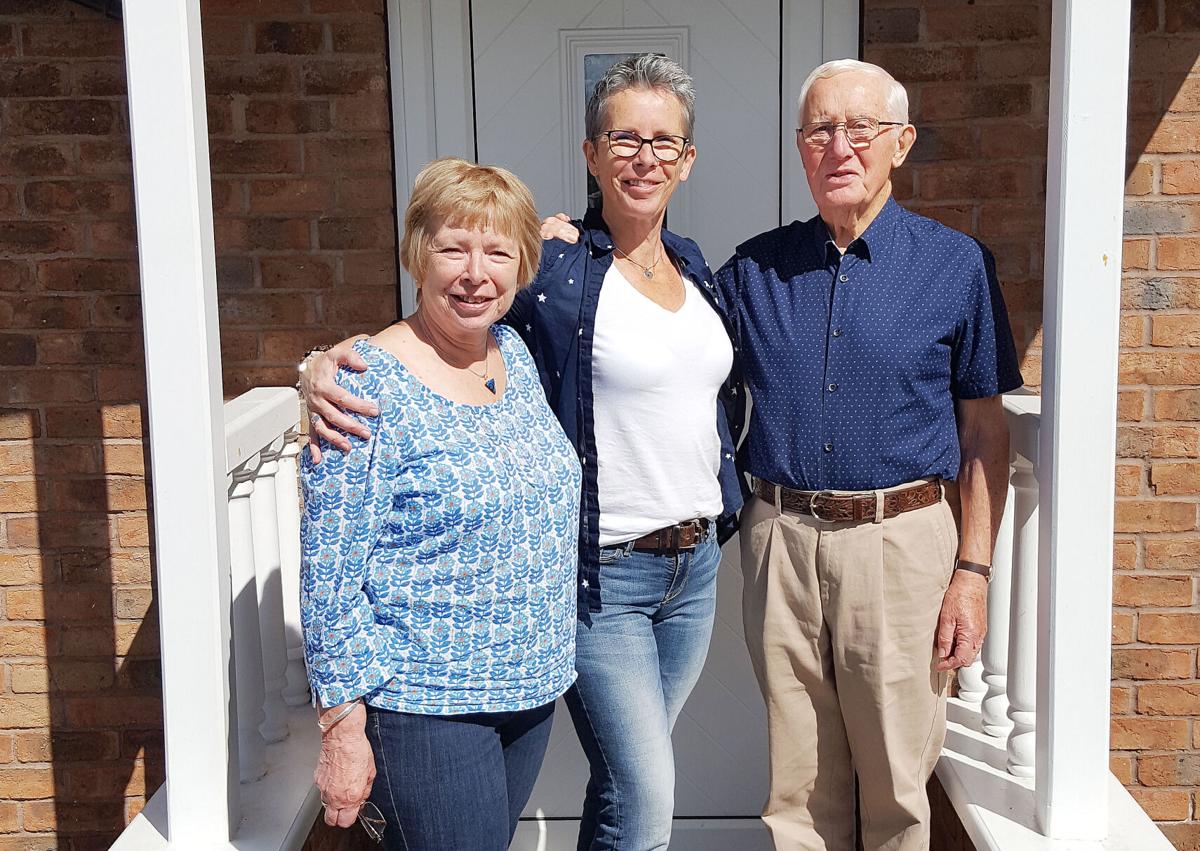 Joe Conner, center, with her parents Liz and Frank Burslem in England in June 2018. Conner was diagnosed with breast cancer upon her return in July 2018. 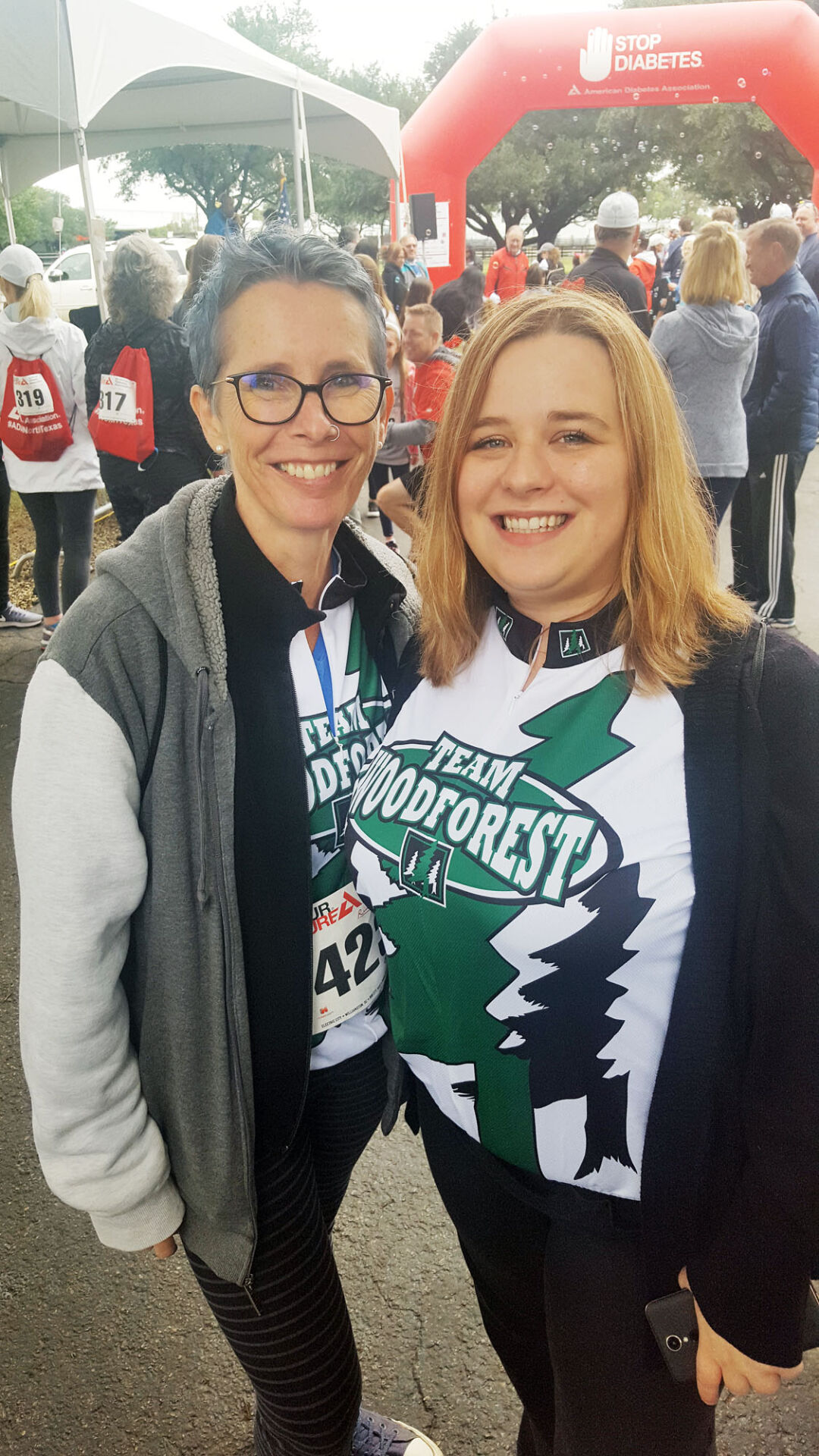 Joe Conner, left, participated in a 5K with her friend Amber Wilkerson,right, in September 2018 while she was going through radiation therapy for her breast cancer. Conner said she believes her cancer was caught early thanks to regular mammograms.

Joe Conner, center, with her parents Liz and Frank Burslem in England in June 2018. Conner was diagnosed with breast cancer upon her return in July 2018.

Joe Conner, left, participated in a 5K with her friend Amber Wilkerson,right, in September 2018 while she was going through radiation therapy for her breast cancer. Conner said she believes her cancer was caught early thanks to regular mammograms.

“There's no breast cancer history in my family so I just did my regular mammograms every year,” Conner said. “I've never had a problem before. It can hit anybody at any time. Gotta make sure you have your mammograms.”

The 51-year-old Gainesville resident said she was diagnosed with breast cancer in July 2018 after she returned from a trip to England.

Conner said she had gone in for her regular mammogram and was told by health officials that they weren't happy with what they saw so she scheduled to have a biopsy.

“I had that done in I believe late July and then it came back as cancerous so I had to do radiation for seven weeks which was not fun,” Conner said.

She said she had to drive to Denton five times a week for treatment and not tell anyone, which, she said, “was really tough.”

Conner said only a tight-knit group of people knew what she was going through because she had to save face for her business.

“I figured because I ran my own business that I would lose business,” Conner said. “People would see me as being sick and they would go use somebody else.”

Her business, Joe Conner Designs, specializes in website and graphic design. She is also a single mother of three. Her children are 19-year-old Jade, 17-year-old Jasper and 16-year-old Jango.

She even participated in two 5Ks while undergoing radiation.

“I have three kids,” Conner said. “I'm a single mom. I had to pay my bills. I just kind of sucked it up and kept going.”

After finishing radiation in October 2018, Conner said she had a mammogram in January 2019. Again, a doctor wasn't happy with the results so she had to have another biopsy in February 2019.

“They said they took the size of a lemon out from my left breast but I think it's more like a lime size,” Conner said. “So I've had fluid build-up ever since then which hurts like hell.”

She said the second biopsy came back negative. However, she said she had “months of pain” because of the fluid build-up where the biopsy was.

Conner said she's seeing a specialist now who she found to help her.

On Oct. 1, she said she had another biopsy and breast reconstructive surgery. Conner said she had a mammogram in August that caused some concern so her doctor recommended the third biopsy “to be 100%.”

On Oct. 7, she said she learned she was cancer-free at a doctor's appointment in Flower Mound when she was given her last biopsy results. Her daughter Jade was with her, she said.

Conner said even though she's cancer-free right now, she's scared for the future because she knows there's a possibility that it could come back.

She said she cannot stress enough about how important it is to get mammograms regularly.

“Because I have no breast cancer within my family history I would recommend all ladies to go and have their mammograms done on a yearly basis whether you're scared out of your mind or not you just need to go get it done,” Conner said. “If I hadn't of gone, they wouldn't have caught it and it could've got really bad.”

October is Breast Cancer Awareness Month. According to the American Cancer Society, an estimated 279,100 new cases will be diagnosed in the U.S. this year. Of those predicted new cases, 276,480 are women.