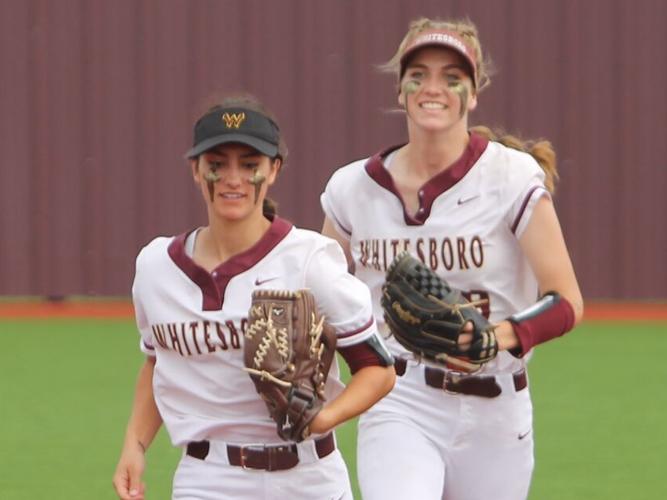 Maddy Cole (front) and Addison McBride (back) run off the field between innings during a Whitesboro softball game. 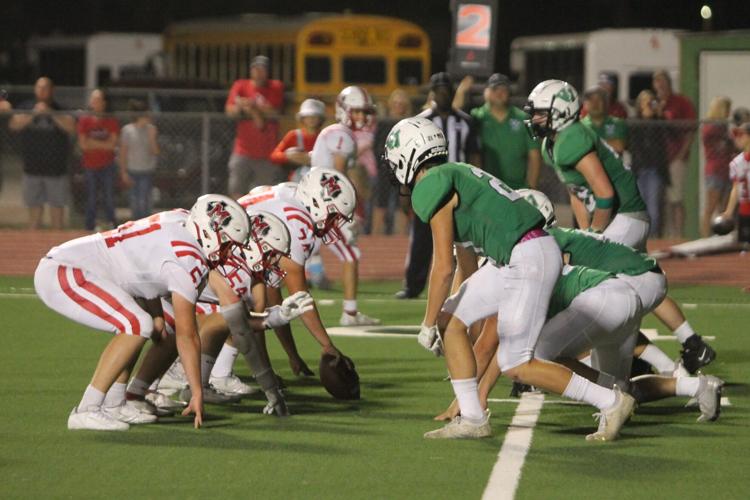 Muenster and Valley View line up for a play during their fall 2021 football game. 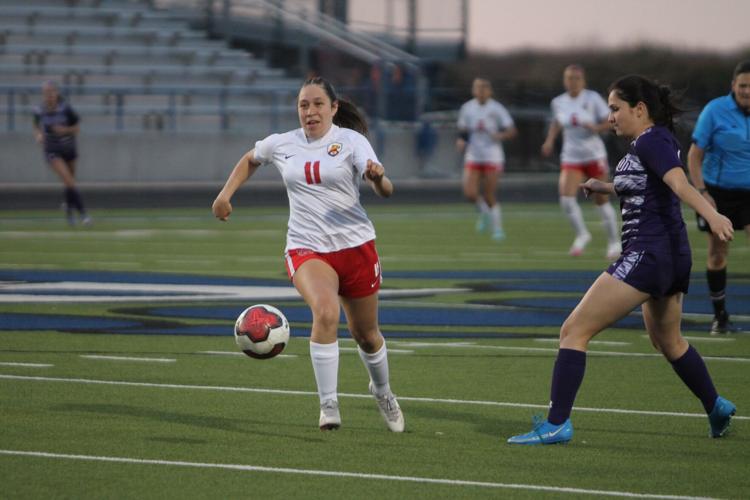 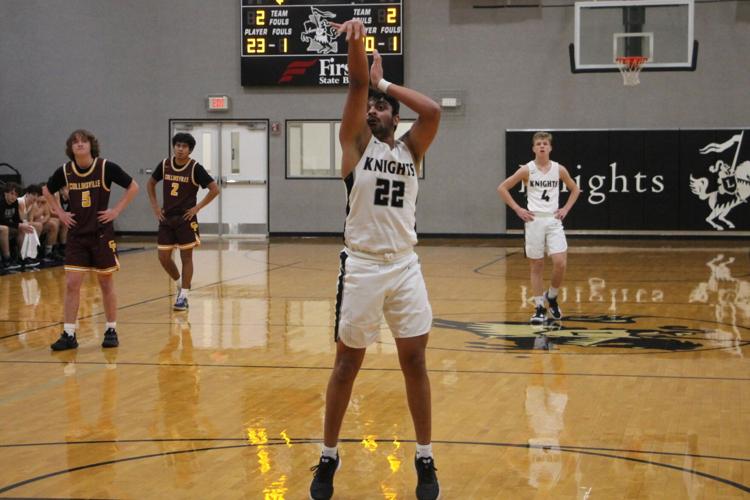 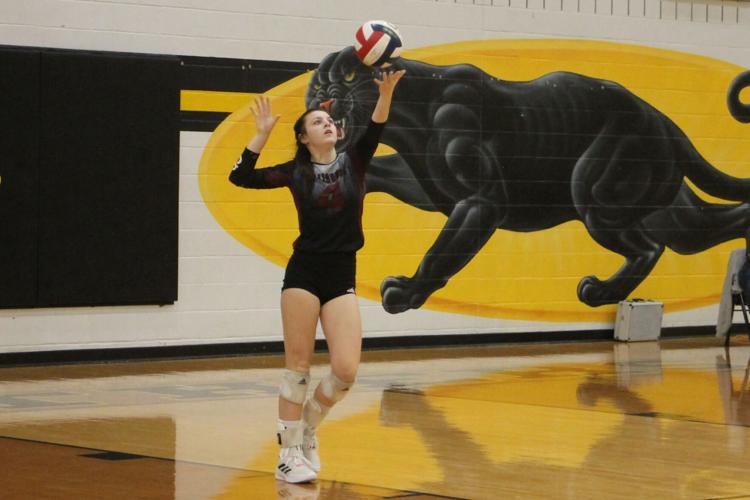 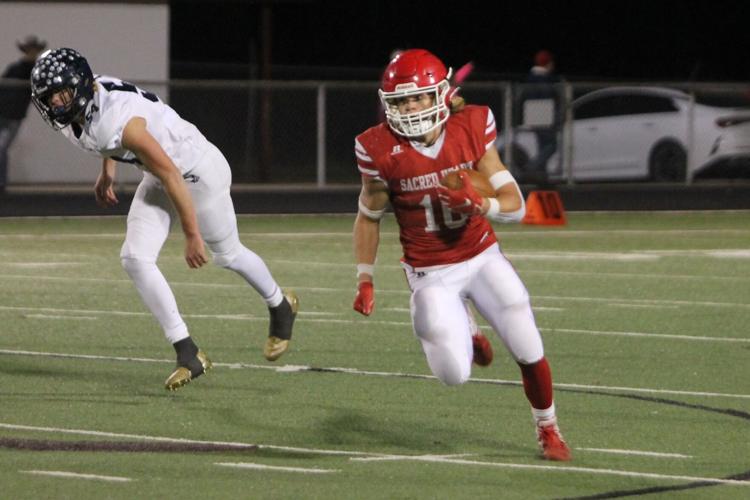 Seth Swirczynski carries the ball in the playoffs for Sacred Heart. 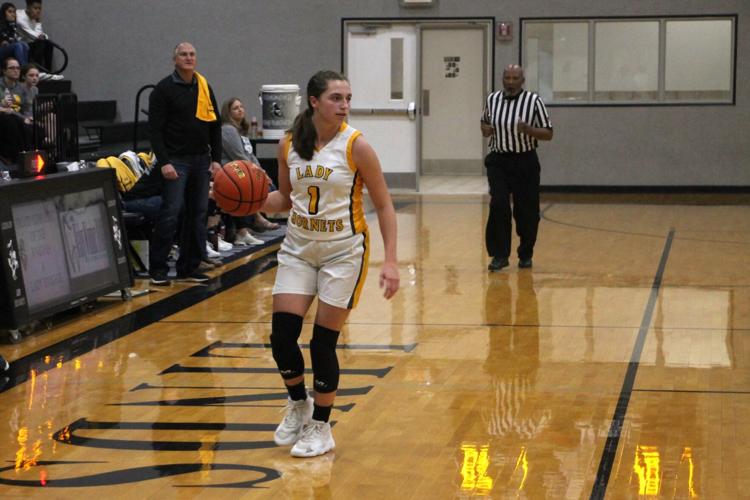 Kate Krebs handles the ball during an Era basketball game. 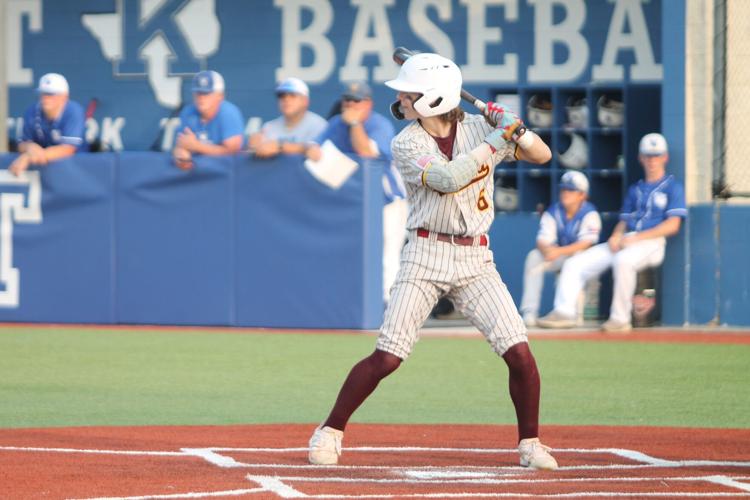 Cash Morgan stands at the plate for Collinsville. 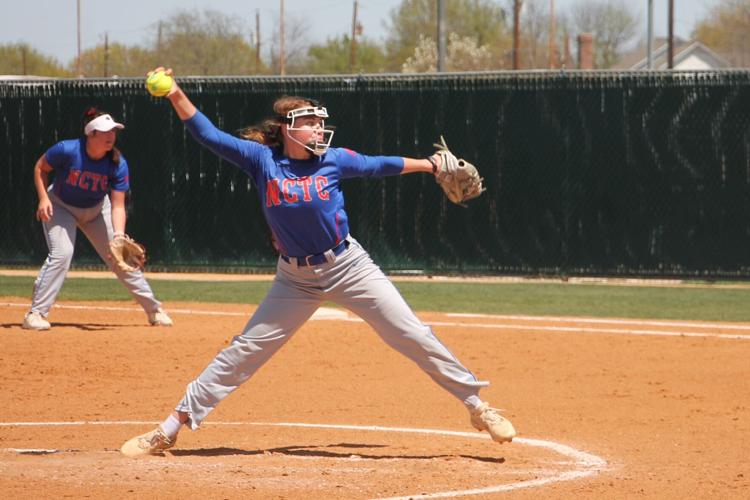 Maddy Cole (front) and Addison McBride (back) run off the field between innings during a Whitesboro softball game.

Muenster and Valley View line up for a play during their fall 2021 football game.

Seth Swirczynski carries the ball in the playoffs for Sacred Heart.

Kate Krebs handles the ball during an Era basketball game.

Cash Morgan stands at the plate for Collinsville.

Texoma is home to numerous talented athletes, and they once again showcased their skills during an exciting 2021-22 season.

Across the street, Muenster had another all-around fantastic sports season. The Hornets led area schools with seven district championships. Between football, basketball, baseball and softball, Muenster went a combined 50-2 in district games. All five teams reached at least the third round of the playoffs, with baseball and girls’ basketball making the fourth.

Whitesboro also had a great campaign. The Bearcats won six district titles, including a 14-0 district record in softball. In addition to the state title in boys’ cross country, the girls’ team won district and regionals before placing fifth at state. The Bearcats and Lady Cats also won both the boys’ and girls’ district track titles and a boys’ tennis title. The football team made its deepest ever playoff run, reaching the regional final and playing in December for the first time.

Callisburg won district titles in girls’ tennis and both boys’ and girls’ golf. The boys’ golf team went on to finish third at state. Volleyball made another run to the third round. Football had its best season in years, posting a 9-2 record. Callisburg competed in fall team tennis for the first time and had an impressive debut with a run to the third round of the playoffs.

The Gainesville girls’ soccer team was the big story in Leopard country, with the Lady Leopards winning their first district title. Both the boys’ and girls’ teams won playoff games this year. In track and field, junior Aneesa White won the Class 4A state bronze medal in the girls’ 300-meter hurdles.

In Era, Griffin’s state championship was enough for the Hornets to place 14th as a team in the boys’ state track meet. The Hornet baseball team had arguably its best season ever, advancing to the second round for the first time. Era played Muenster in Gainesville on a special day for Cooke County sports. It was the only meeting of Cooke County teams in the playoffs this year. Era made the playoffs in football, girls’ basketball, baseball and softball.

Valley View got its best performance from its softball team. The Lady Eagles took fourth and reached the playoffs. Valley View also got a fourth-place finish at the boys’ golf district tournament.

Collinsville debuted a new baseball coach this season, and the Pirates had immediate success. After missing the playoffs last year, Collinsville went 12-0 in district play to win the title and advanced to the fourth round of the playoffs. The Lady Pirates volleyball team took second and reached the third round. Collinsville also made the playoffs in boys’ basketball and softball.

In the college ranks, North Central Texas College won a conference championship in volleyball with a 10-2 conference record. The Lady Lions volleyball and softball teams both competed at the Region V North tournament.

In total, the 2021-22 school year was a successful year for sports in the area. While some teams brought home trophies, others showed signs of promise for the future. Seniors are moving on to the next stages of life, while the rest will spend the summer months working hard to get ready for next season.

This year is over, but the preparation for fall 2022 is already underway.

John Richard Rowell Jr., 69, of Valley View, passed away at his home on Sunday, June 12, 2022. Richard was born August 17, 1952 in Oklahoma City, OK to the late Joh Richard Rowell, Sr. and his wife, Zora Mae Godwin. A graduate of H. Grady Spruce in Dallas, he joined the Southern Pacific Rail…