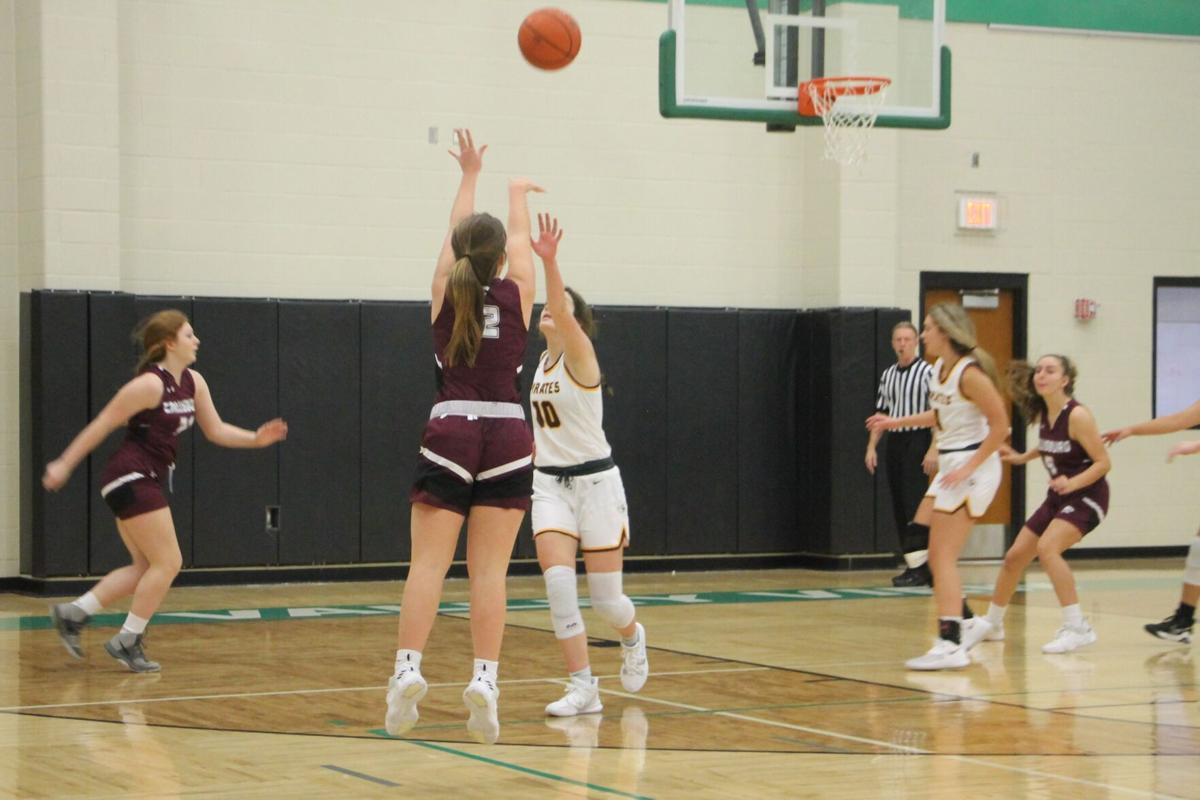 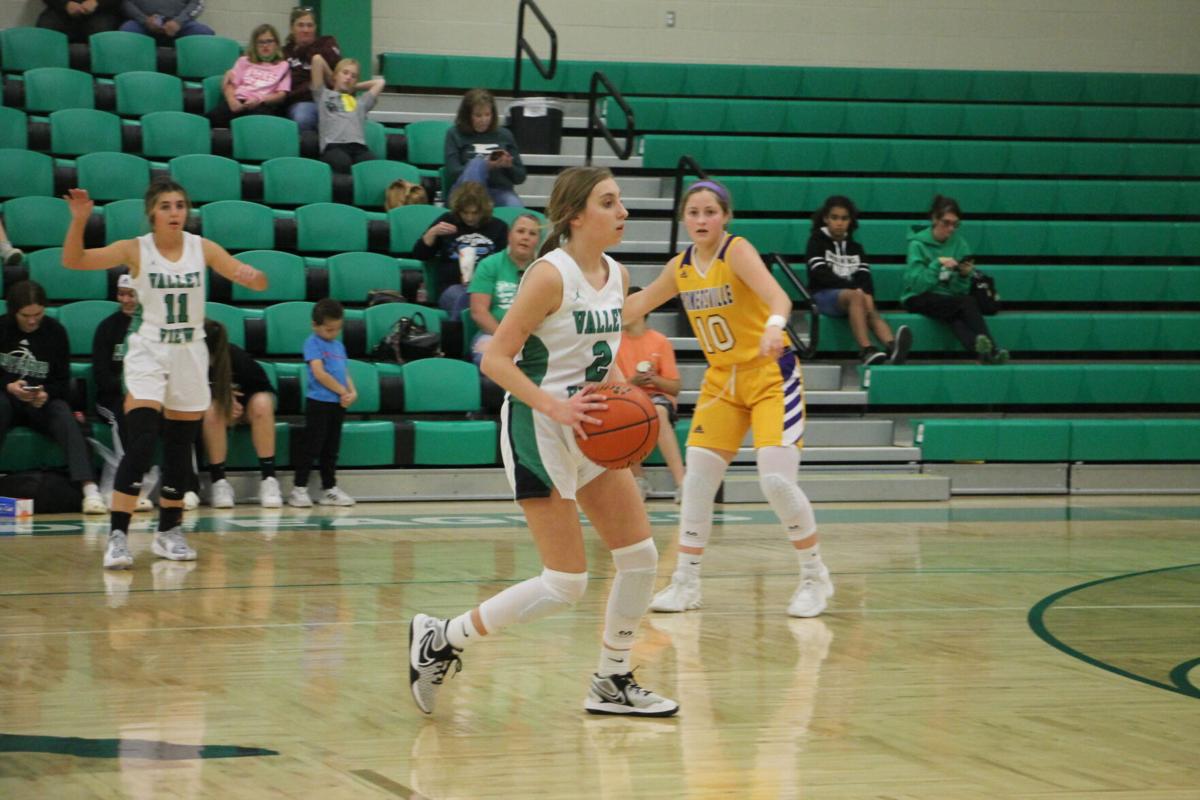 Valley View sophomore Landri Elvington handles the ball for the Lady Eagles in their game against Farmersville.

Valley View sophomore Landri Elvington handles the ball for the Lady Eagles in their game against Farmersville.

Valley View went 3-3 on its home court. Callisburg and Collinsville also participated, each posting a 2-4 record.

Callisburg and Collinsville went head-to-head on the tournament’s final day. The Lady Cats prevailed 43-38 in a game that stayed close throughout.

Callisburg coach Toni Leverett said she especially wanted this win after coaching Tioga in Collinsville’s district before moving back to Callisburg.

“I was scared at first,” Leverett said. “We came out flat, came in a little bit late, but we came out and executed. It was a big (win) for my girls. Right now, that’s what we needed.”

With the game tied at 26 at halftime, Collinsville came out strong to start the third quarter. The Lady Pirates took the lead behind a 7-2 run. Callisburg responded by finishing the quarter on a 7-0 run. Sophomore Lexi Woolsey gave the Lady Cats a 35-33 lead on the final made shot of the quarter.

Collinsville fought in the fourth quarter, but Callisburg did not let the Lady Pirates get back into the game. The Lady Cats hit six free throws with Collinsville forced to foul, keeping the lead intact until the final whistle.

Leverett said Lewis is a player to watch over the next few years.

“She is an all-star,” Leverett said. “She is one of the most positive girls on the court. She had a huge game. She is a sophomore, young. All she (needs) is a little buffering and a little polishing, and she’s going to be a player not to mess with by her senior year.”

Afterward, Valley View took on Farmersville in the Lady Eagles’ final game of the weekend. The Lady Eagles struggled in a 65-39 loss to the Lady Farmers.

Farmersville controlled the game from the start but truly put Valley View away in the third quarter. The Lady Eagles didn’t score until 1:58 remained in the quarter as Farmersville outscored them 15-2.

Valley View’s best stretch of play came to open the second quarter. The Lady Eagles used an 8-0 run to close the gap to 25-16, but Farmersville lived at the foul line the rest of the quarter, hitting 10 free throws. Valley View sophomore Landri Elvington hit a pair of three-pointers to trim the lead, but it wasn’t nearly enough.

While no champion was named for the tournament, Farmersville finished the weekend 6-0.