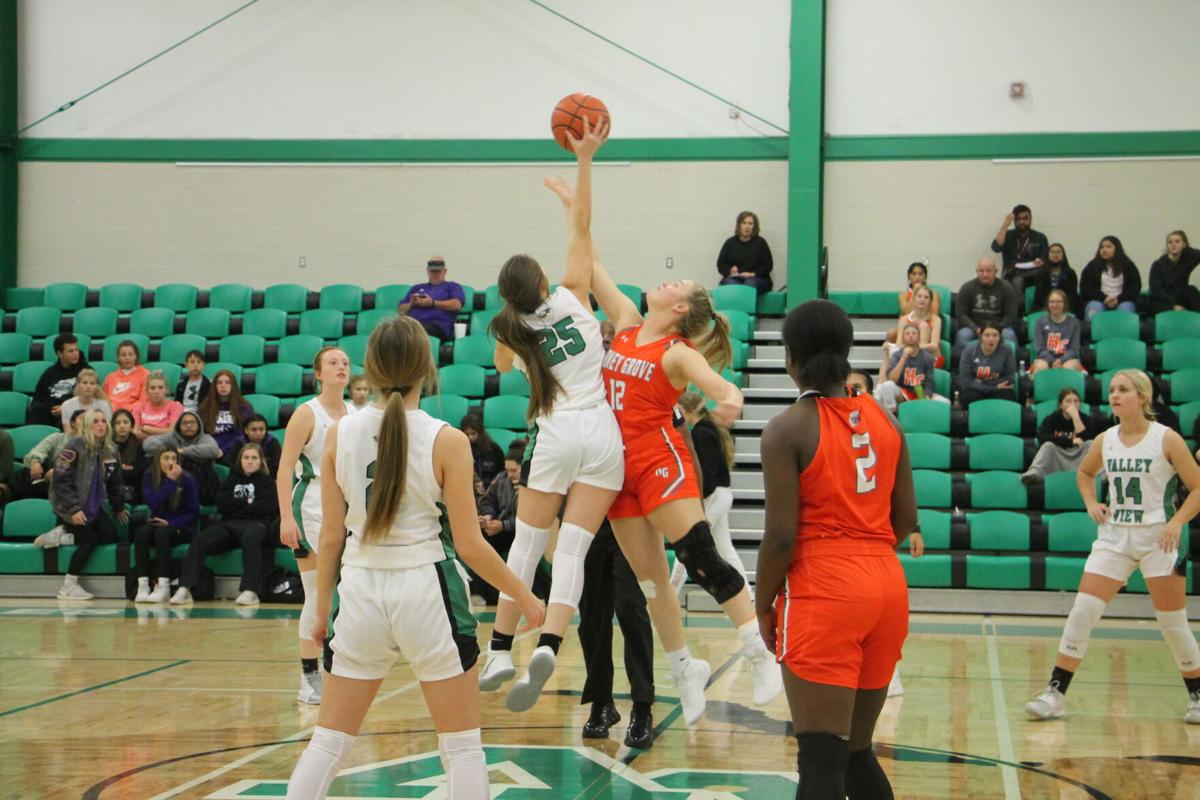 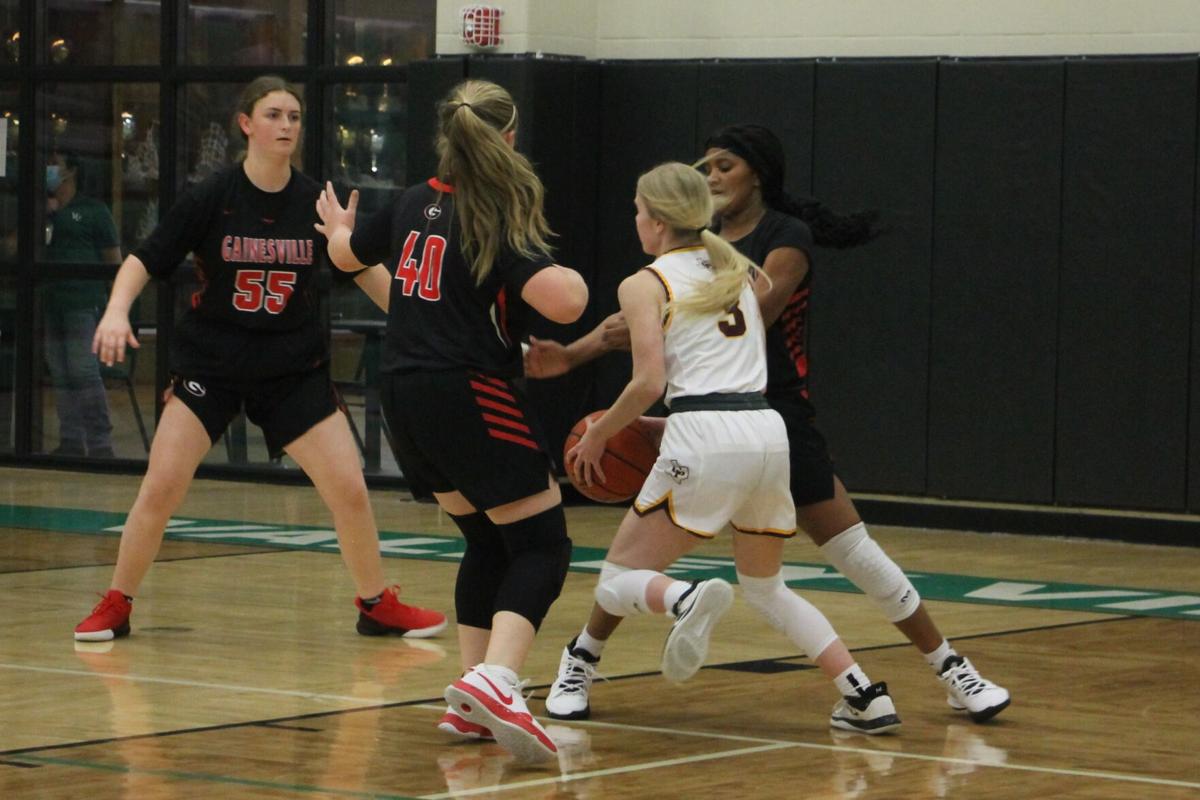 Collinsville senior Madison Ashton drives into the Gainesville JV defense during the Big Green Invitational at Valley View on Thursday.

Collinsville senior Madison Ashton drives into the Gainesville JV defense during the Big Green Invitational at Valley View on Thursday.

The varsity field consists of eight teams including Valley View, Callisburg and Collinsville. Gainesville also has a junior varsity team competing in the varsity tournament.

“I love hosting the tournament,” Studamire said. “Being able to see other schools come in and participate (and) play. It’s just good to play in (front of) our home crowd, always.”

Valley View defeated Honey Grove 40-28 in its first game of the weekend. The gym filled in nicely with the home team playing, including multiple Valley View Elementary classes.

Valley View trailed 17-16 at halftime but dominated the third quarter 8-1. The Lady Warriors tried to fight back in the fourth and forced numerous turnovers in the process, but Valley View did enough to keep Honey Grove at bay.

Studamire said the Lady Eagles played with more intensity in the second half.

Sophomore Cierra Kemp kept the Lady Eagles in control with a 9-1 run by herself, with sophomore Reagan Brinkley providing several assists.

“She’s a sophomore, still learning the game,” Studamire said. “She attacked the basket. That’s what I’m looking for, so I’m proud of her for taking that initiative.”

Prior to the Valley View game, Collinsville and the Gainesville JV went head-to-head to open their respective runs. The Lady Pirates prevailed 58-13.

The JV players had few answers against varsity competition. Collinsville shut out the Lady Leopards in the third quarter.

“In the third quarter, our defensive rotations were better, and that’s what led to it,” Baldia said. “(No) second-chance points, keeping them out of the lane with the ball on one side of the floor, and that’s what I’m looking for.”

Callisburg played in the first game of the tournament. The Lady Cats fell 54-32 to Tom Bean.

The tournament continues through Saturday afternoon.