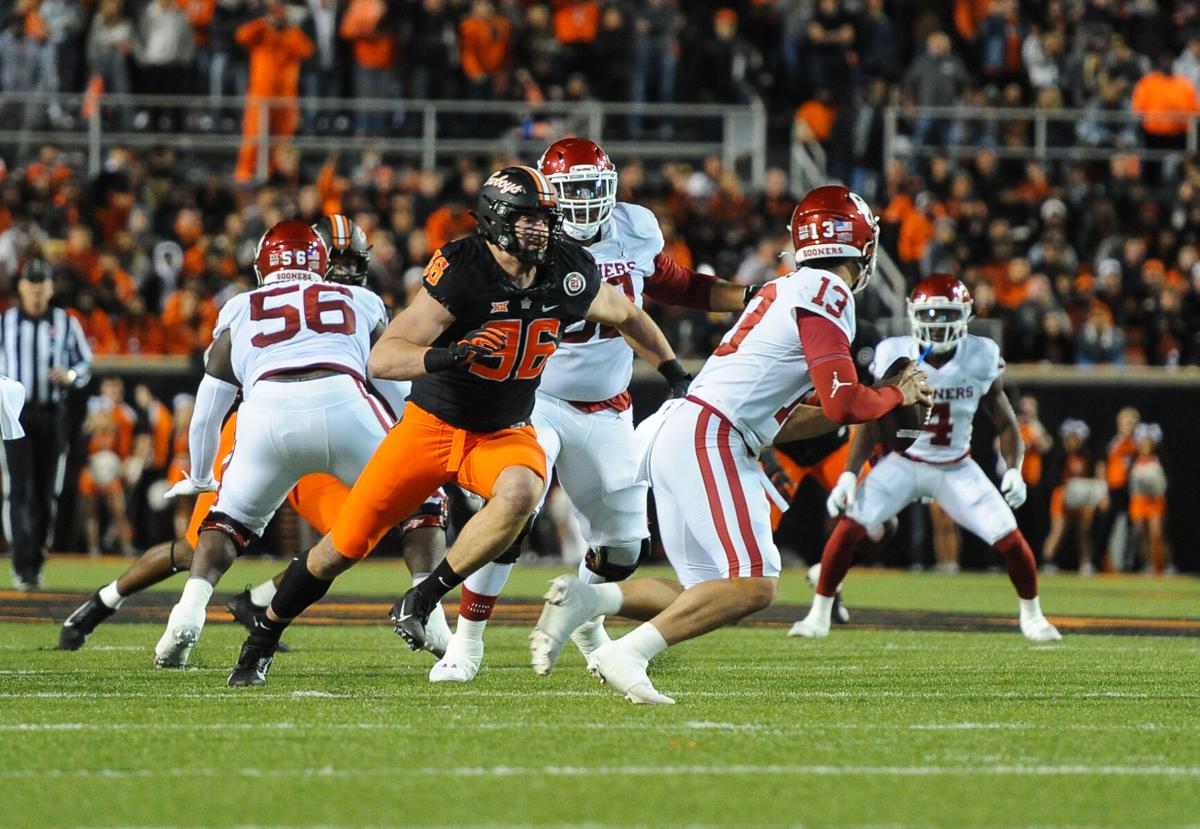 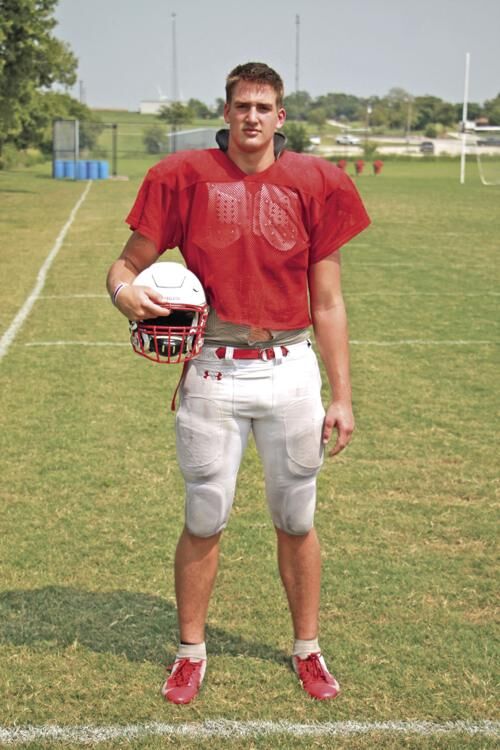 Kody Walterscheid played for Muenster from 2015-18 before signing with Oklahoma State.

Kody Walterscheid played for Muenster from 2015-18 before signing with Oklahoma State.

A former Muenster Hornet will take the field Saturday when Oklahoma State faces Baylor in the Big 12 Championship Game.

OSU redshirt sophomore Kody Walterscheid plays defensive end for the Cowboys. The 2019 Muenster High School graduate is returning to AT&T Stadium in Arlington, the same building where he won a state championship with the Hornets in 2017.

Walterscheid was a four-year varsity starter for Muenster. He played offensive line, defensive line and long snapper. He is no stranger to big games, posting a 15-3 playoff record with the Hornets and reaching the state semifinals as a freshman before winning it all as a junior.

“I can honestly say in four years, he probably never missed a practice,” Carney said. “He was about the team. It wasn’t about Kody… It was about the Muenster Hornets, him being the best player he could be to make us the best team we could be, and that’s probably the same way he is (at OSU).”

Walterscheid spends his free time in Stillwater on the golf course. When he is home in Muenster, he hunts and spends time with his friends in the outdoors. The business management major plans to join his father in the oilfield business when his football days are over.

Speaking of family business, Walterscheid isn’t the first Hornet to don orange and black. His older brother, Cole Walterscheid, played for OSU from 2014-18. Walterscheid said he became an OSU fan when his brother signed with the Cowboys. Trips to Stillwater to see Cole made him fall in love with the town and the program, making his college decision a little easier.

“Stillwater is kind of a big small town, or a small big town,” Walterscheid said. “Coming from Muenster, a small town, it kind of feels like home… I’ve always been a big fan of Stillwater and the coaching staff. Everything about it was great.”

Muenster has been a powerhouse under Carney, but the Walterscheid brothers are the only football players the Hornets have sent to a Power 5 program. Carney said it is cool to see Walterscheid carry on a tradition started by his older brother.

“They offered Kody really quick,” Carney said. “Because, I’m sure, they saw what Cole had to offer as far as his work ethic and his growth, too… They knew they were going to get Kody, and they could put 50 or 60 pounds on him just like they did Cole and get a little bit bigger a kid than what Cole was.”

OSU is coming off a 37-33 win against rival Oklahoma in Bedlam, knocking the Sooners out of the title game and clearing the way for Baylor to get a rematch against OSU after the Cowboys beat the Bears earlier in the year. Walterscheid recorded a tackle and a quarterback hurry against OU.

Walterscheid said it was incredible being a part of the Cowboys’ first Bedlam win since 2014.

“The fans rushing the field, family coming down onto the field, that’s what you work for,” Walterscheid said. “It makes the fall camp and everything that’s not fun, the workouts, it makes it all worth it.”

Kickoff at AT&T Stadium is set for 11 a.m. Saturday.