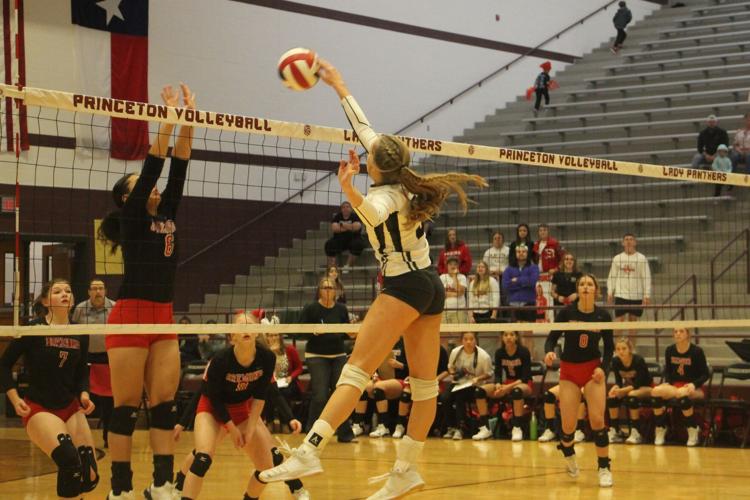 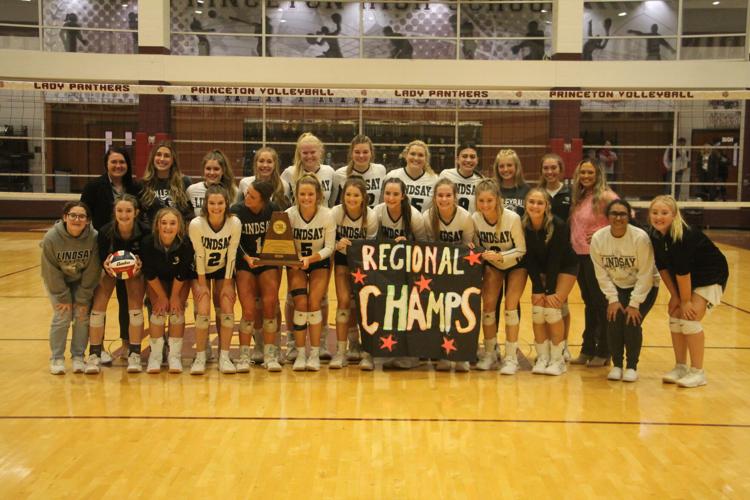 The Lindsay Lady Knights are regional champions and will play in the state tournament.

The Lindsay Lady Knights are regional champions and will play in the state tournament.

PRINCETON – A Lindsay senior finished off a furious third-set rally to send the Lady Knights to state for the first time in four years.

“For the past three games, I guess, they’ve given me the final ball,” Fleitman said. “I just want to end it for everyone. I want to be like, ‘Ok. This is it. We’re going to go to state.’ It was huge.”

Lindsay reached the regional final after beating Valley Mills 3-0 Friday in the semifinals. Bremond (36-13) knocked off Whitewright on Friday before falling to Lindsay.

“At the very beginning of the season, we made goals,” Rogers said. “We have them on our door in our locker room, and every single one of them had state on it. That’s what we accomplished today.”

After winning the first two sets, Lindsay got into trouble in the third. Bremond took a 14-7 lead and seemed on pace to force extra sets thanks to a 10-1 run. Rather than concede the set and get ready for the fourth, the Lady Knights fought back. Lindsay senior Cassidy Tackett tied the game at 21, then scored another kill to put Lindsay ahead. Bremond scored the next three, setting up the final flurry of points.

Rogers said Lindsay just needed to relax to get back in the game.

“At that moment, we were doing things to ourself, really,” Rogers said. “(I told them) just to go out and take it and have fun with it at that point. Just enjoy it.”

Lindsay has banners in its gym honoring teams which reached the state tournament. Fleitman said joining those previous state teams means a lot to these Lady Knights.

“We have a lot of seniors on the team,” Fleitman said. “We really wanted to get up on that wall in our gym, and now we can. We’re super excited.”

The Class 2A state volleyball tournament begins with the semifinals Wednesday at the Curtis Culwell Center in Garland. Lindsay will face Jewett Leon, the Region 3 champions. The state championship game will be Friday.