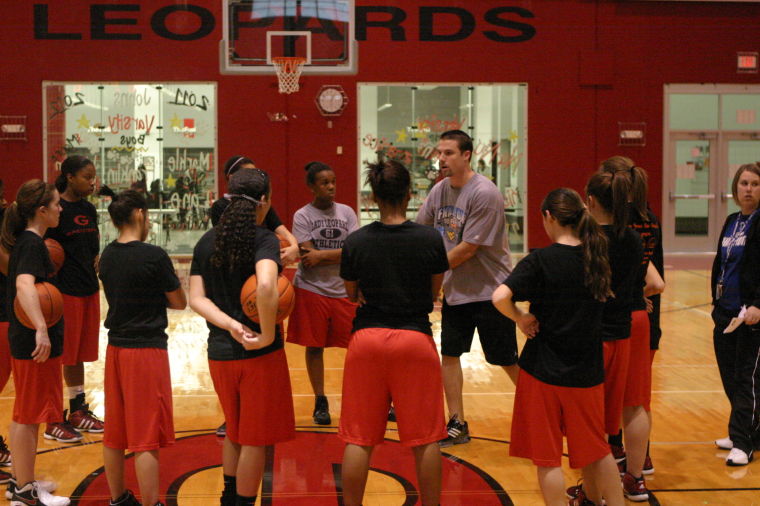 Gainesville coach Chris Arledge (above) addresses his team at Thursday’s practice. The Lady Leopards will begin the postseason Monday against Commerce. 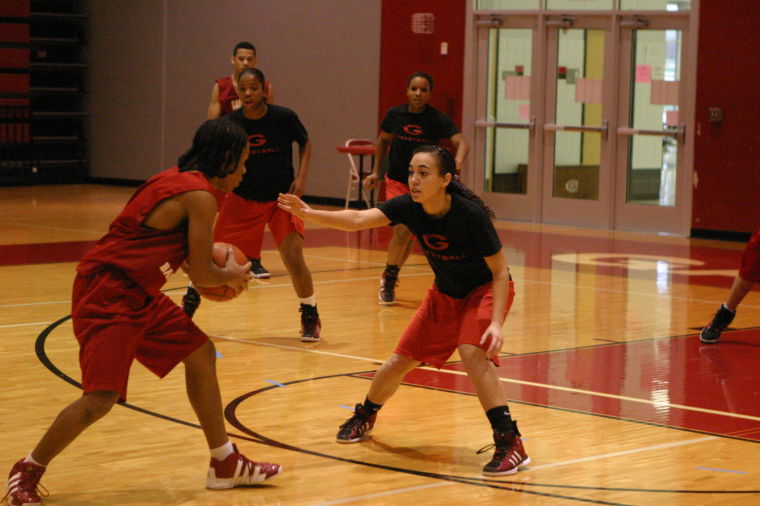 Gainesville coach Chris Arledge (above) addresses his team at Thursday’s practice. The Lady Leopards will begin the postseason Monday against Commerce.

It’s been a long time since 1997. Gas was a $1.22 a gallon, E.R. and Seinfeld ruled Thursday nights and it was the last time the Gainesville Lady Leopards made it to the postseason. Monday night the Lady Leopards will put an end to their 15 year drought.

The current roster cannot remember 1997 and they do not care to, they are ready to make their own history. There is a culture change going on in the Gainesville girls basketball program and it appears it’s going to be sticking around awhile.

“The past few years we haven’t performed very well and reaching the playoffs my senior year is amazing,” lone senior Annette Kirk said. “ We worked hard and we deserve this.”

It has been quite a turn around for a program that had just two wins a few years ago. In his first year as head coach, Chris Arledge has brought together a young roster that continues to improve every game out. His defensive philosophy, conditioning, and instilling the idea to work as a team has changed the thinking in Gainesville.

“He [Arledge] didn’t look at winning as much as he did as us working together, doing our best, and being a team,” Kirk said.

Junior Destini Flowers said they did not even concentrate on the playoffs, they were just looking to get better.

“I’m real excited [about the playoffs], all year long coach [Arledge] has been telling us not to focus on the playoffs just focus on getting better everyday,” Flowers said. “We worked hard in practice every day and it has paid off.”

Arledge says he never saw a lack of confidence in his team, but most of the players said it grew inside them as the year went on.

As the season progressed improvement was evident and players began to feel the program turning around.

“I don’t think we expected to be this good or go this far,” sophomore Kiarah Manuel said. “When we started winning against teams that beat us last year I think we knew we had something.”

After a NCTC Holiday Classic Championship, the first since 1995, the Lady Leopards were peaking when the district season rolled around. They completed the first round of district play with only one loss. Gainesville clinched the playoffs shortly after and now have the task of trying to keep the momentum going into the postseason.

“We are very excited because its the first time in awhile,” sophomore Ariannah Kemp said about reaching the postseason. “We are very confident going into Monday.”

Confidence is no longer an issue, as this Gainesville squad knows if they continue to put in the work good things will happen.

“I expect them to work hard, play defense, and do the right thing in the classroom and on the court,” Arledge said. “The playoffs are only going to make us better and will especially help us next year as a team. They are starting a new tradition with new expectations, so there is no doubt it is going to help them.”

The new playoff tradition begins against the Commerce Lady Tigers, a team that has been to the playoffs the last two seasons. A guard oriented team with a lot of speed should be a good match up for Gainesville.

“We match up well with them [Commerce] and it should be a good game,” Arledge said. “We’ve got to keep them out of the lane and keep them off the boards. We also have to take care of the ball offensively.”

Gainesville hopes it all adds up to a playoff victory Monday, but despite the result good things appear on the horizon for a program that has struggled for so long.

“This is a new team, a new year and we have what it takes,” Flowers said. “We want to start a new tradition and keep moving forward.”