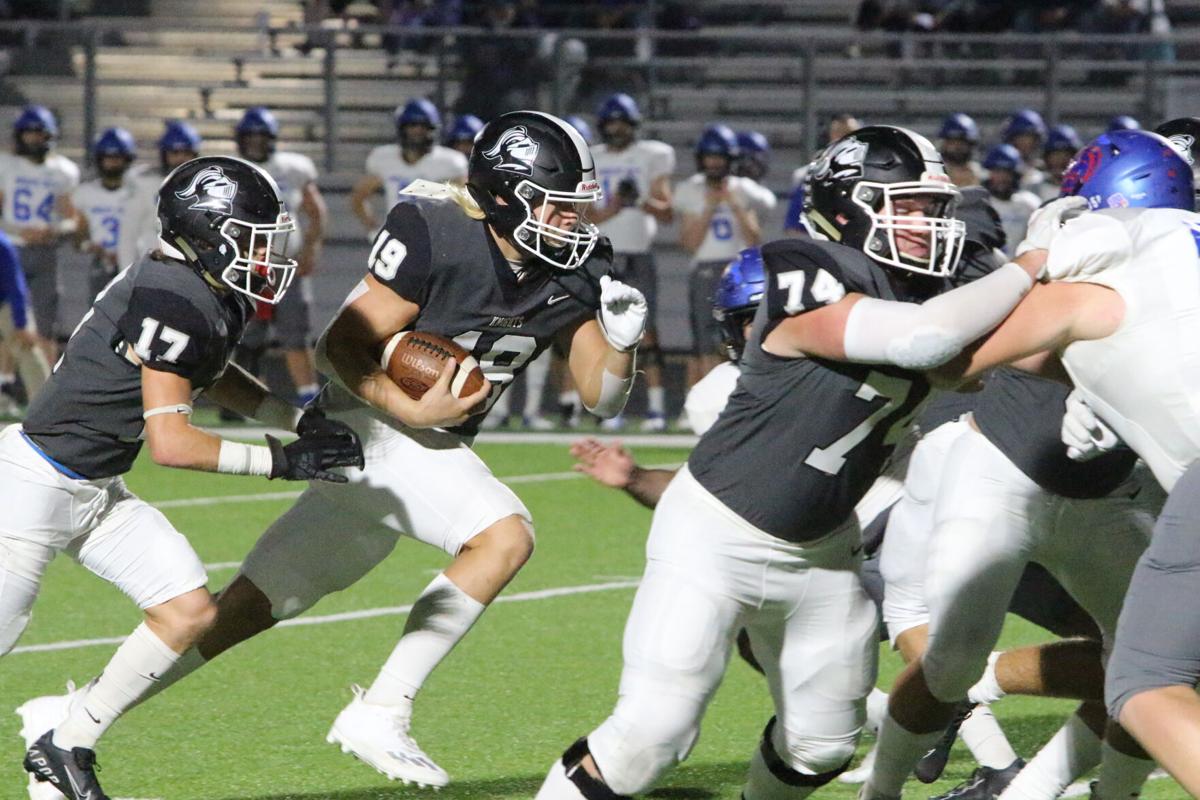 The Lindsay Knights got off to a great start to the playoffs with their 48-6 win over Wolfe City in the Class 2A Division I bi-district round Thursday, Nov. 12, in Anna. 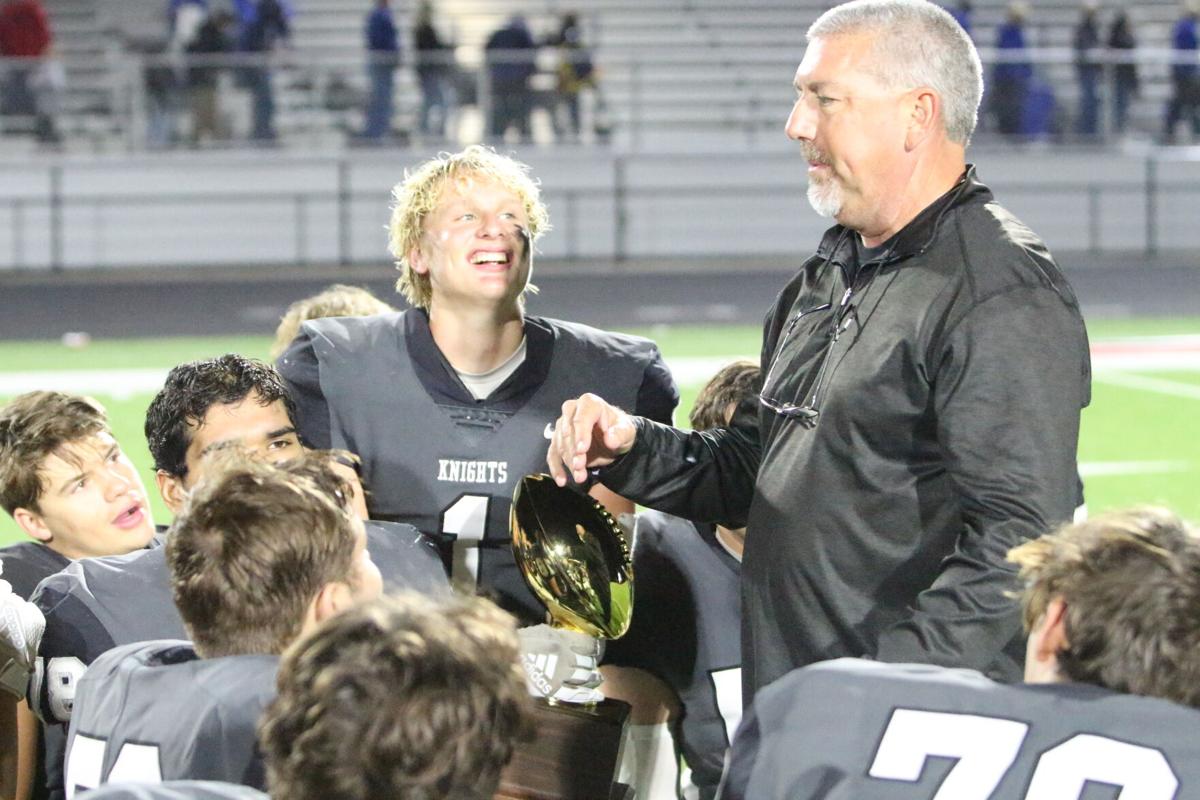 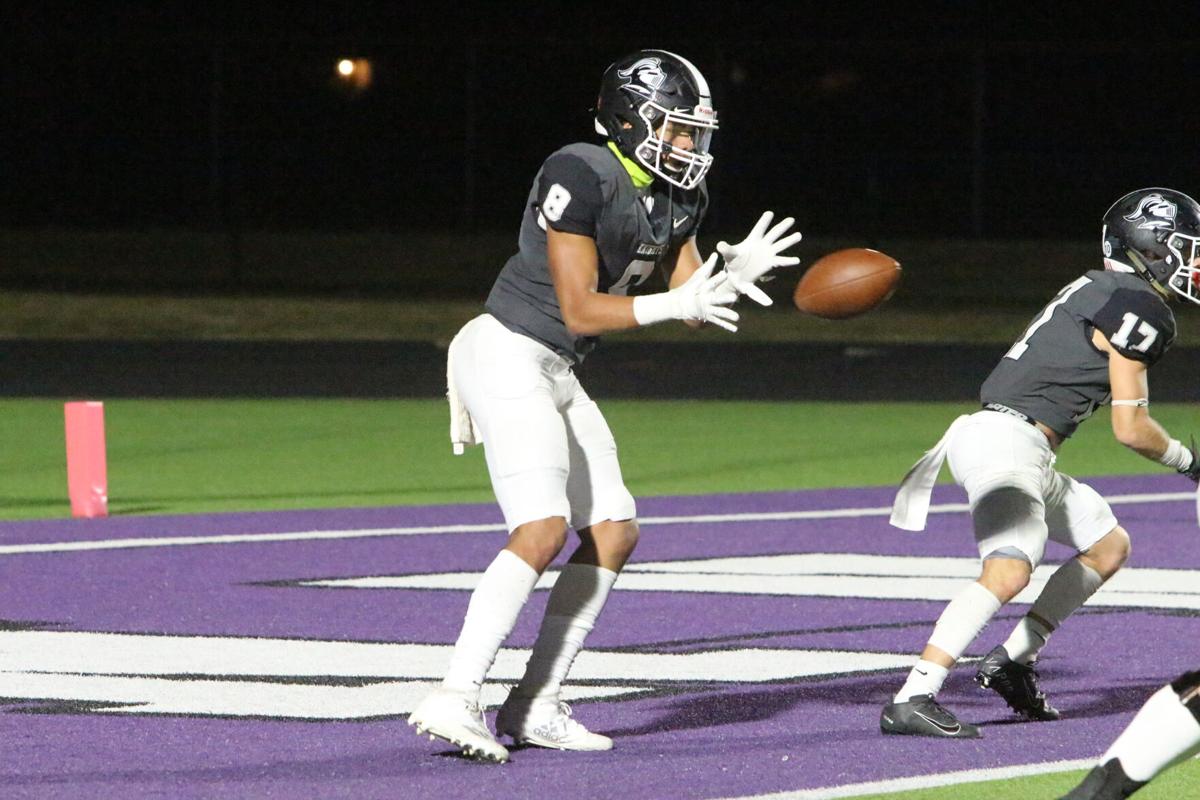 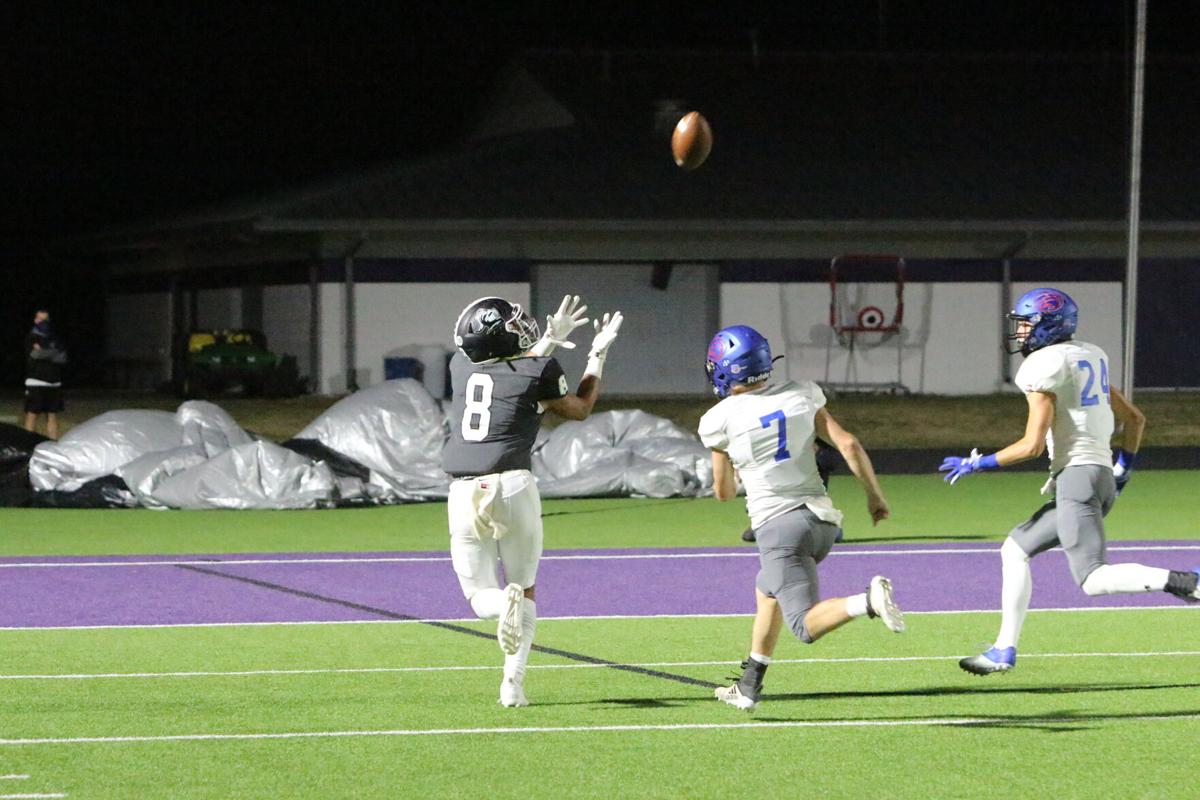 Holding an undefeated record headed into the playoffs, the Lindsay Knights looked the part in their Class 2A Division I bi-district matchup against Wolfe City.

Lindsay smothered the Wolves’ offense all night long and put in work offensively with a bevy of weapons on the way to a 48-6 victory Thursday, Nov. 13, in Anna.

The Knights had a 27-6 lead at halftime, but they owned the second half and used a lengthy drive to begin the third quarter to drain the life out of the Wolves.

“Anytime you get a win in the playoffs, it’s always a good thing,” Smiley said. “We didn’t know how they were going to play us and they had two weeks to prepare for us. I knew there were going to be things we had to adjust to and I thought coach [Zach] Birdwell and our offense did an outstanding job. The thing I’m most proud of is we had a six-minute drive. We hadn’t done that all year long and I think our quarterback [Kolt Schuckers] really took a step forward tonight. I’m really proud of the way he played.”

The Knights had a picture-perfect start to the game. First, the Knights’ defense clamped down on the Wolves’ running attack and forced a short punt to the Wolfe City 40-yard line.

The Knights got down to the 6-yard line, where they were facing a 4th-and-1. Lindsay got creative, motioning junior quarterback Schuckers out wide and letting wideout Caleb McKinney take the direct snap and run in the 6-yard touchdown to give the Knights a 7-0 lead with just over six minutes remaining in the first quarter.

The Wolves found a bit of spirit on the second drive, but the Knights were quick to snatch it away as they forced another short punt to their own 48-yard line.

Lindsay needed just four plays to strike gold as Schuckers found McKinney for a 55-yard touchdown to put the Knights ahead 14-0 on the final play of the first quarter.

Schuckers launched a fading pass to McKinney, who had beaten both the corner and the safety down the field for a picturesque play.

“I knew the safety was too far inside and the guy that was guarding me was in tight coverage, so I just used a quick swim move and luckily Kolt gave me a good ball,” McKinney said. “It means a lot. I’m just one of the weapons on the team. I feel good about our future. We’re going to take it one game at a time and get ready for next week.”

Smiley said McKinney is icing on the Knights’ offensive cake.

“We knew he was going to help us,” Smiley said. “He’s a playmaker and he’s only getting better. He’s only played five games now. He’s still finding his way a little bit too.”

Lindsay’s defense delivered again on the next drive as Andrew Schully recovered a Wolfe City fumble on the Wolves’ first play of the drive at their 26-yard line.

The Wolves took advantage of the second chance as running back Jaren Brummett ripped off a 31-yard touchdown up the middle of the Knights’ defense to cut the lead to 14-6 after the missed extra point with 8:05 remaining in the first half.

But that was all the Knights gave the Wolves as they pitched a shutout the rest of the game, while the Knights’ offense continued to pick up steam.

Lindsay needed just over three minutes to find the end zone again as the Knights used a mixture of runs and passes to march down the field.

Schuckers’ 1-yard touchdown put the Knights up 21-6 with five minutes left in the half.

After forcing a Wolves’ punt on their next possession, the Knights went into their two-minute drill offense.

The fast-paced drive was eventually capped off by a rope of a pass from Schuckers to Yancey in the middle of the end zone for the 11-yard touchdown with eight seconds left in the half. That sent the Knights to the locker room up 27-6.

The Knights’ offense put on a clinic to begin the second half. Again keeping the Wolves’ defense off balance with a caldron of passes and runs, the Knights milked six minutes off the clock and used a Schuckers 2-yard touchdown to polish off the drive.

Lindsay led 34-6 with 6:17 left in the third frame, but it was a key defensive stand early in the fourth quarter that got Smiley and the Knights’ jacked up.

The Wolves looked as if they were going to score, but Lindsay’s defense stuffed Wolfe City on 4th-and-goal to turn the ball over on downs at the 2-yard line.

“The stand was good and we really haven’t been in that situation,” Smiley said. “We need to be in that situation and we kind of bowed our necks a little bit. I was super proud of our kids because they take pride in not giving up touchdowns. Anytime you hold somebody to six points in the playoffs, you’re doing well.”

From there, the Knights plodded 98 yards down the field.

After struggling a bit to find their ground game, senior running back Jace Edington put the team on his back.

Edington exploded for a 38-yard touchdown run in which he fended off numerous tackles to give Lindsay the 41-6 advantage with 5:11 left in the game.

Lindsay’s defense bowed up again with a fumble recovery at the Wolves’ 28-yard line, where Edington kept churning his legs for a touchdown after looking to be initially stopped.

The win moves Lindsay to 10-0 on the season and the Knights will face Tolar in the area round next week.

Last season came to an end in the area round for Lindsay, but Smiley said the Knights have unfinished business this year.

“We feel like there is more out there for us, but it gets tougher each week,” Smiley said. “One of our goals is to be playing in December and you can’t do that if we get beat next week.”