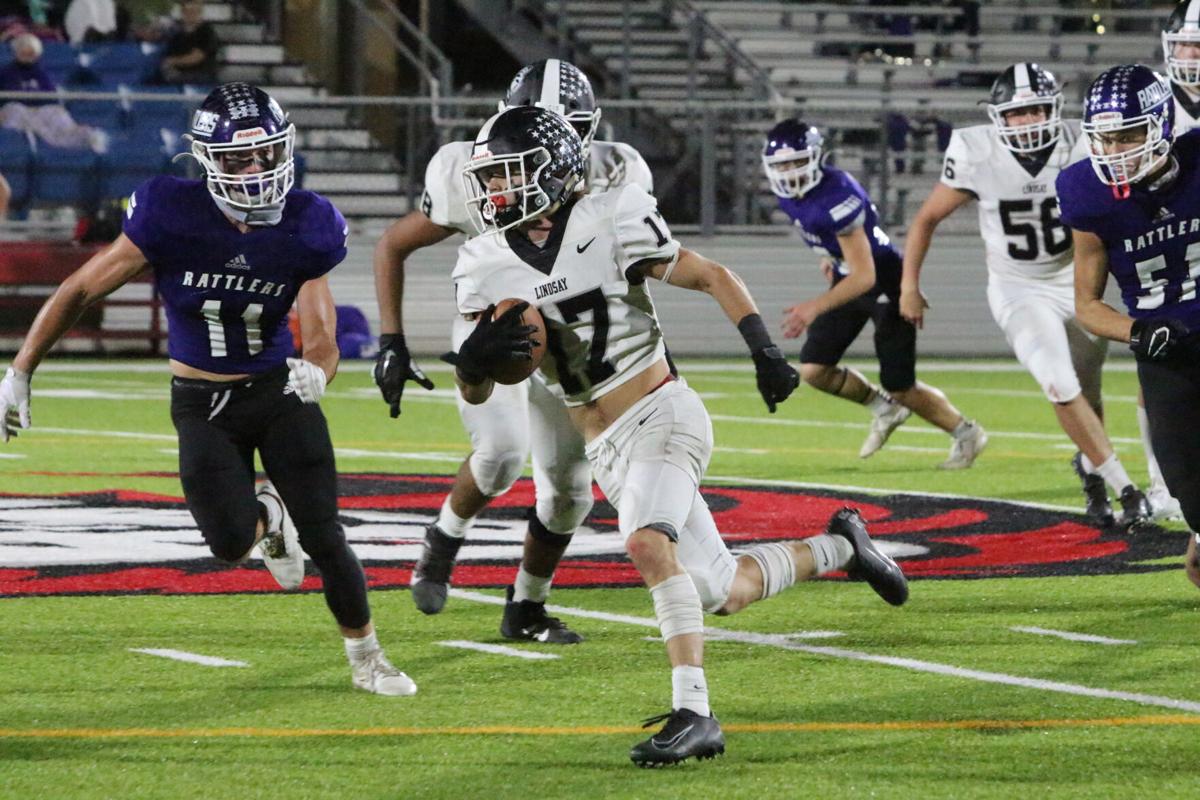 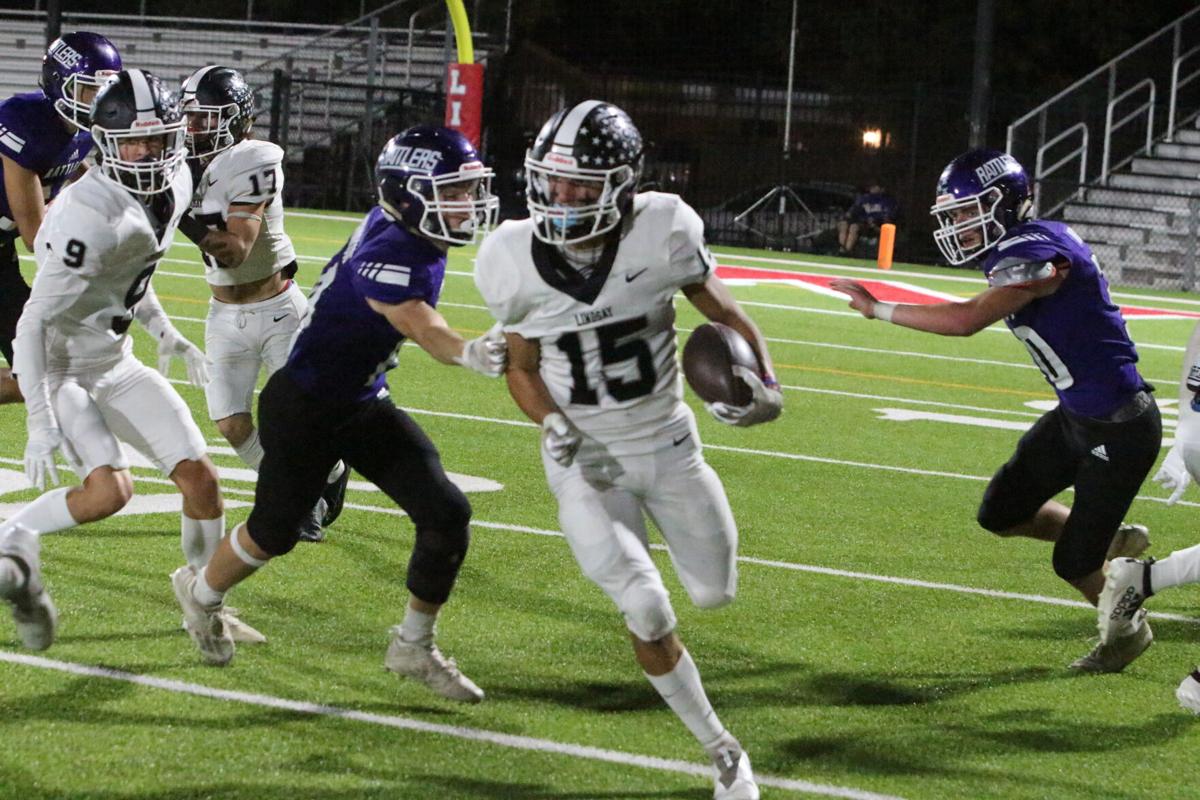 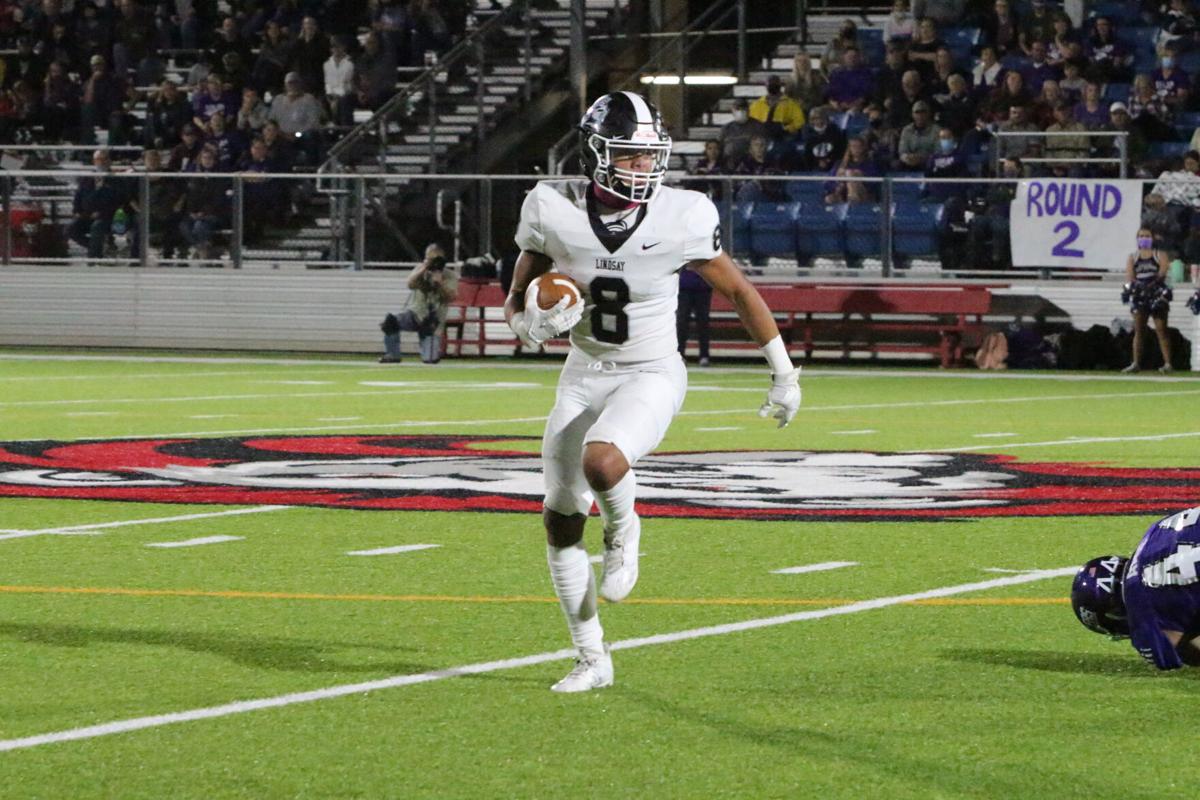 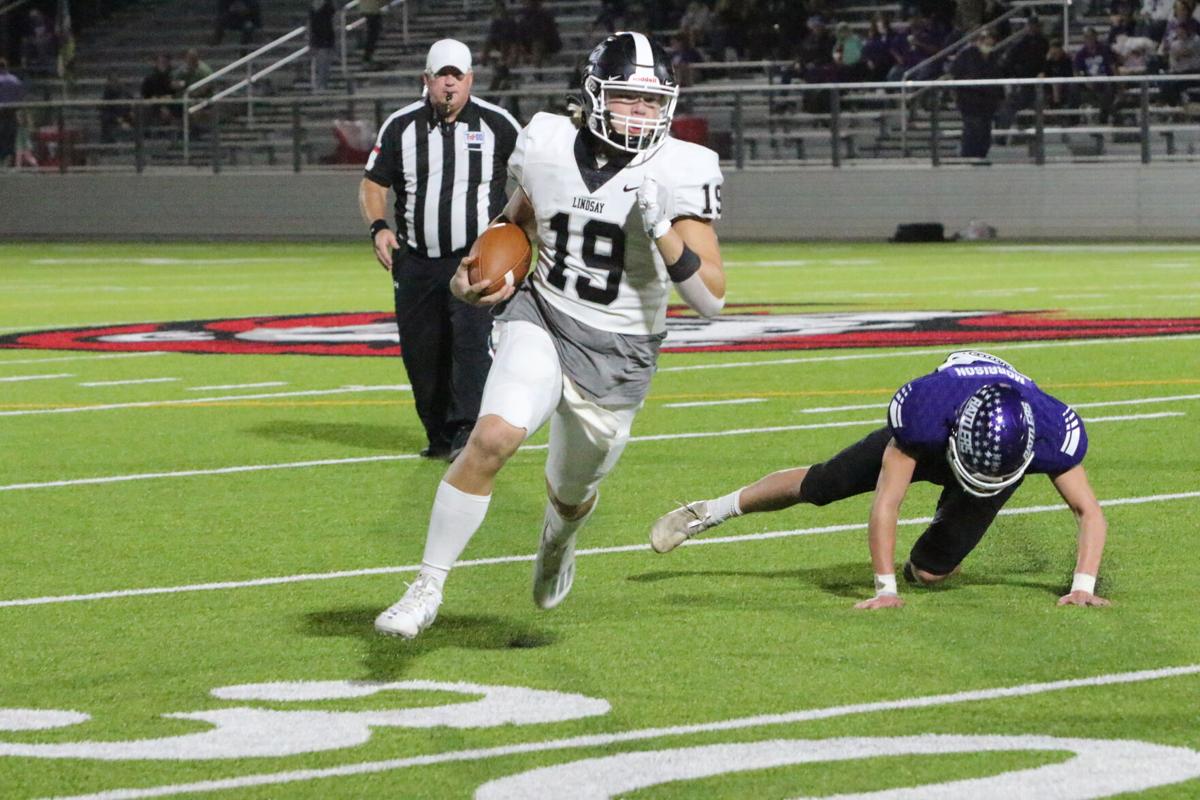 The Lindsay Knights were never in danger of losing their area-round tilt against Tolar. The Knights scorched the Rattlers with both their offense and defense all night long, but it was the offense that stole the show, marching down the field at will in a 69-20 route Friday, Nov. 20, at W.O. Barnes Stadium in Fort Worth.

With their win advancing them to the regional quarterfinal game next week, the Knight officially put last season’s early exit in the second round behind them and now have their eyes on a lengthy run through the playoffs.

Lindsay offensive coordinator Zach Birdwell said it is nice to make it to the third round and put last year in the rearview mirror.

“It’s a good feeling,” Birdwell said. “We kind of preached to the team that good teams play on Thanksgiving and elite ones play in December. That was kind of our next big step. They had a bit of a chip on their shoulder with how last year finished and tonight was a big step for us a program.”

Lindsay was lethal from the opening kickoff, traipsing right down the field on its opening drive.

The Knights needed just four plays to break the ice as junior quarterback Kolt Schuckers launched a pass to senior wideout Tyler Yancey, who won the jump ball over the Tolar defender and escaped for the 59-yard touchdown to give Lindsay the 7-0 lead just 1:35 into the game.

Lindsay’s defense forced a 3-and-out and instantly converted on the next play.

Senior running back Jace Edington was shot out of a cannon and outran the entire Tolar defense for a 57-yard touchdown up the right sideline to extend the Knights’ lead to 14-0 with 7:45 left in the first quarter.

The Rattlers caught the Knights sleeping on the next drive as Peyton Rains caught a 55-yard touchdown pass from quarterback Jackson Lecluyse to trim the lead to 14-7 with 5:20 left in the first frame.

Lindsay responded with a lengthy drive that featured several runs and passes and was capped off by a 1-yard touchdown run from Schuckers to boost the Knights’ lead back up to 21-7 with 1:39 remaining in the first.

“We’re to the point now that every team we’re going to play is going to be well-coached and throw a whole bunch of things at us, but the last two weeks, Jace has be huge for us and Kolt has showed he can be a threat running the ball,” Birdwell said. “We’ve got some things to clean up, like the two interceptions, but we scored almost 70 points and that’s a good night in the second playoff game.”

Tolar moved into Lindsay territory on its next drive, but a key sack by Nash Dieter on fourth down forced a turnover on downs at the Lindsay 29-yard line with nine minutes left in the first half.

Edington punched home his second touchdown of the night on the next drive as his 13-yard touchdown scamper pushed the Knights’ lead to 27-7 with just under six minutes left in the half after the failed 2-point conversion.

After another solid defensive stand from the Knights’ defense, Lindsay broke the game open on its first play of its next drive.

Schuckers made a short throw to Yancey in the left flats and Yancey hurled a pass to senior wideout Caleb McKinney streaking down the left sideline for the 75-yard touchdown to inflate the Knights’ advantage to 34-7 with 4:19 remaining in the half.

“It was kind of relieving and exciting,” Yancey said. “The ball wasn’t the best, but I trusted Caleb. I was like, wow, that really just happened. That was a confidence booster and the momentum shifted a lot after that. We just carried on with our foot on their throat.”

Birdwell said that play was weeks in the making.

“That pop sweep play has been big for us this year and with what people have been doing to it with people blitzing their corners and getting everybody rolling to it, we knew we could roll the dice and get away with one and they bit on it,” Birdwell said. “Caleb made a play and that’s what we ask of our receivers. That was pretty big for us.”

Lecluyse found Wyatt Jones for a 40-yard touchdown on the next Tolar drive to cut the lead to 34-14 with 1:36 left in the half.

Tolar looked to be finding some momentum as the Rattlers picked off Schuckers on the next drive, but Lindsay immediately reclaimed possession on a Jaxon Williams interception on the next play to restore order at the Tolar 12-yard line.

Lindsay needed just two plays to find the end zone as Schuckers found McKinney for a 12-yard touchdown to make it 41-14 with less than a minute left in the half.

The Knights took the 27-point lead to halftime and after forcing the Rattlers to a 3-and-out to start the second half, Lindsay used a 33-yard touchdown from Edington – his third of the game – to extend the lead to 48-14 just 1:50 into the third frame.

Both teams exchanged interceptions on back-to-back plays again with Cooper Carter coming up with pick for Lindsay this time.

The Knights were forced into a 4th-and-2, but Schuckers delivered with a 15-yard touchdown run up the middle of the Tolar defense to give the Knights a 55-14 lead with 5:23 left in the game.

After another 3-and-out, Lindsay found McKinney for the third time on a 16-yard bubble screen to bloat the lead 62-14 with 1:48 remaining in the third quarter.

Lindsay’s Braxton Craigie added one last touchdown on a 2-yard run to give the Knights their 69th point of the game.

“This has kind of been three years in the making,” Birdwell said. “We’ve got everyone buying into it and being able to get over that second-round hump and play on Thanksgiving is big for us.”

Lindsay will take on Bosqueville next week in the regional quarterfinal.