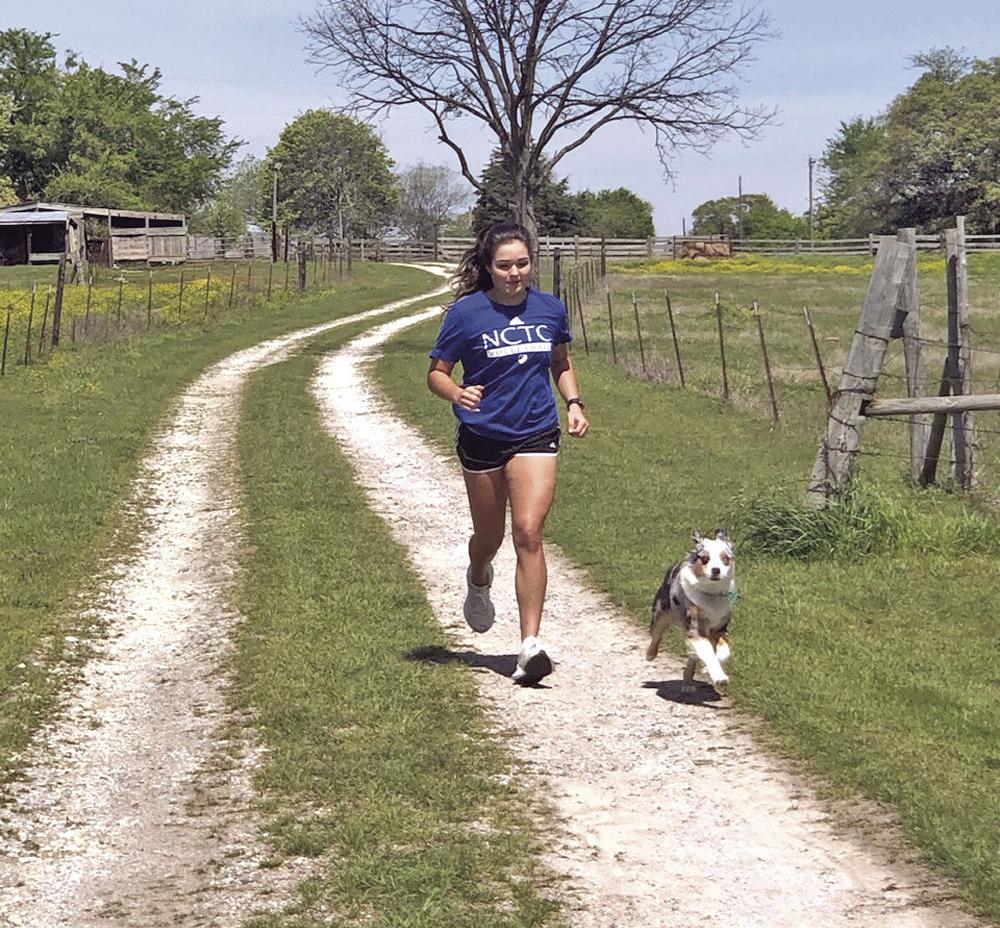 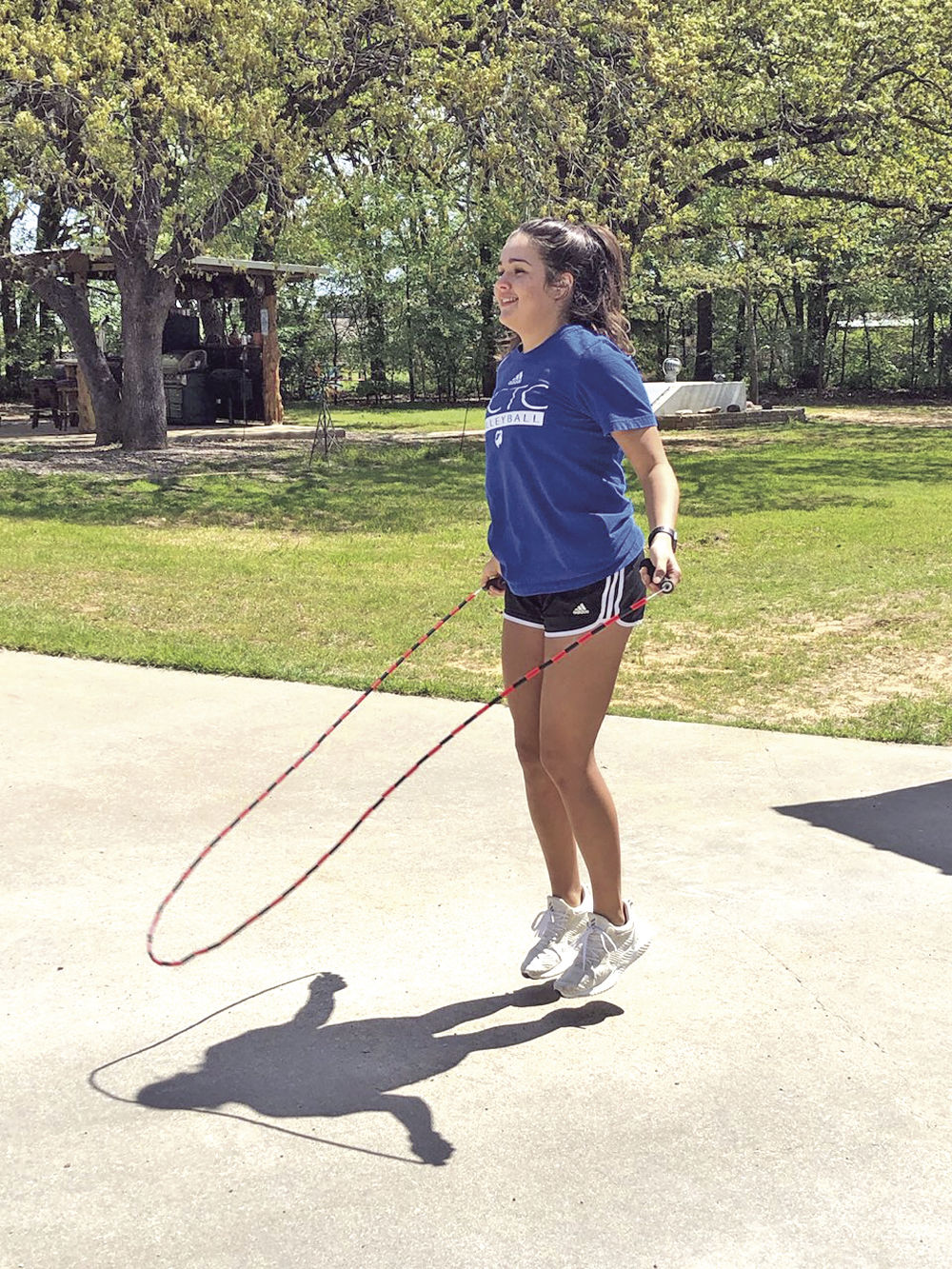 North Central Texas College freshman volleyball player Lindsey Bullard is driven to have a successful sophomore season. Although sports have been halted, that isn’t stopping her from putting in the necessary work to prepare for next year.

While she didn’t need the absence of sports to motivate her, Bullard said she is continuing to work out at home with eyes on next season.

“Motivation isn’t something I lack,” Bullard said. “I just have a drive to be my very best and that means being in the best physical shape. I want to coach in the future as well so I’d like to use this as a talking point. You don’t use it as an excuse. You find a way and you get it done.”

Bullard and the Lady Lions are in the midst of their spring workouts that put an emphasis on conditioning.

“We’ve been going at a high level and getting ready for the next semester,” Bullard said. “I know this is it and I only have one more season here. My ultimate goal is to play at a four-year university so I want to make sure I’m not lacking in my preparation. It helps me feel normal despite us not being able to do anything. At least you can work out.”

While she is able to work out, Bullard admitted it’s been a tough transition to life without sports.

“It’s been really difficult and an adjustment because all of this started happening when we went on spring break,” Bullard said. “Our coaches would tell us we might have some adjustments and we might not be able to play our spring games. First it was we’re not going to be in the dorms and now we’re not playing. It was hard not saying bye to your friends and have that extra semester of friendship with my teammates.”

Bullard said her freshman season went really well and she is looking forward to taking on more responsibility on next year’s squad.

“Being a freshman, you have to go into it with an attitude that you have to earn your spot,” Bullard said. “Being able to be around the program was helpful. I was able to commit and learn and I had so much fun. I learned so much about volleyball.”

Bullard is the daughter of NCTC coach Angie Bullard, who has spent the past 20 seasons at the helm.

As a result, Bullard has grown fond of the program.

“I’ve grown up in that gym,” Bullard said. “It’s been really special for me. I’ve been around he program my entire life so to be on the inside and be the people playing in those games has been a lot of fun and I’m so glad I went to junior college.”

Bullard does between 30 minutes and an hour of work a day with goals of getting in movement as a priority and high-intensity interval training to hone specific muscle groups.

“We’ve been doing stuff like that all semester and I’ve been trying as hard as possible to keep it close to what we do,” Bullard said. “I don’t have access to a weight room but I have dumbbells and body weight things to make sure we’re still working out at a high level. My main goal is I try to relate how it will help me in volleyball. I want to get faster moving and obviously strength and endurance is something too. When you get into a game five, you don’t want to be tired.”

Bullard has also added in yoga as a workout, which she said pushes her in a “whole different way.”

Also making sure she stays up to speed with her aerobics, Bullard has a unique motivation pushing her to do so.

Bullard runs with her 1-year-old Miniature Australian Shepherd Dolly every day and she said it’s important to her to get Dolly her necessary exercise as well.

Bullard said she misses her teammates and that she can’t wait to get back to working out and hanging around them off the court.

Bullard and the Lady Lions want to improve on last season’s conference-winning run.

“This season we did very well,” Bullard said. “It was disappointing to not make the national tournament, but we did win the conference. That’s a huge deal and that sets our sights high next season. We have three freshmen returning so we have some shoes to fill for sure. I’m really excited to see what the freshmen bring to the team and I’m really excited for a new team with new chemistry.”