The University of Texas at Austin fired head tennis coach Michael Center on Wednesday, a day after he was implicated in a sprawling college bribery investigation spanning six states and involving potentially millions of dollars.

Center, who coached the school’s men’s tennis team, was placed on administrative leave Tuesday. His lawyer has said Center is innocent and will plead not guilty. Court documents allege he helped a student gain admittance to UT-Austin in exchange for approximately $100,000 — $60,000 of which he received in a hotel parking lot.

UT-Austin President Greg Fenves announced the firing in an email and said he has tapped Jim Davis, vice president for legal affairs, to conduct a thorough review of the coach’s alleged fraud and “determine whether the university has the necessary rules and procedures in place to prevent violations in the future.”

Center is scheduled to appear in a Massachusetts district court later this month. 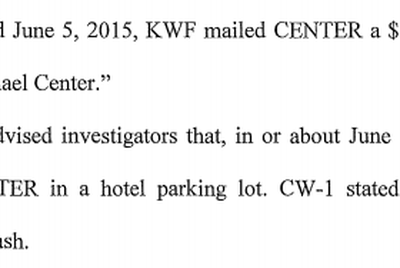 An excerpt of an affidavit filed in Center's case.

The charges against him were among dozens unveiled Tuesday as part of a wide-ranging federal investigation called Operation Varsity Blues. At the center of the probe is a California-based college counseling company that allegedly helped parents guarantee their children entrance to top universities, including Yale, Stanford and UT-Austin; no students or schools appear to have been charged.

Also Wednesday, a UT official said the school received a $15,000 donation in June 2015 from Key Worldwide Foundation, a nonprofit affiliated with the counseling company, that prosecutors say was used to hide fraudulent activity.

On its federal tax returns, the charity reported giving more than $540,000 to the university’s athletics department. UT does not have records of that amount, a spokesman said.

The $15,000 payment from the foundation, which was earmarked for an outdoor tennis facility, “is the only record we have of a donation from or related to the organization,” said UT spokesman J.B. Bird.

However, the school is “in the process of reviewing other gifts that could be related to the 2015 incident,” Bird said, and those donations could “total several hundred thousand dollars.” All information is being shared with federal investigators, he said.

Key Worldwide Foundation, the nonprofit, allegedly worked in concert with the for-profit Edge College & Career Network, or “The Key,” to help doctor students' standardized test results or bribe coaches and administrators to designate students as athletic recruits, according to court documents.

Local officials are trying to determine if there is a record of the donation, which preceded the administration of Houston Mayor Sylvester Turner, said mayoral spokesman Alan Bernstein.

Two Houston residents were also implicated in the scheme; one is an assistant high school teacher alleged to have helped students cheat on standardized tests. 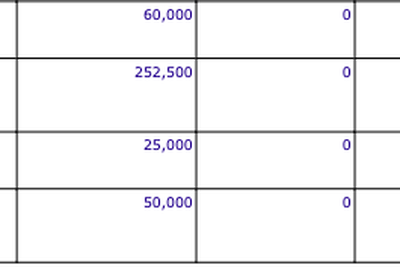 Key Worldwide Foundationsaid on its tax returns that it worked to "provide education that would normally be unattainable to underprivileged students.” But according to the U.S. attorney’s office in Massachusetts, the charity founder at the center of the scandal told one parent something entirely different in a recorded phone call.

“What we do is we help the wealthiest families in the U.S. get their kids into school,” he said.

Disclosure: The University of Texas at Austin has been a financial supporter of The Texas Tribune, a nonprofit, nonpartisan news organization that is funded in part by donations from members, foundations and corporate sponsors. Financial supporters play no role in the Tribune's journalism. Find a complete list of them here.

This article originally appeared in The Texas Tribune at https://www.texastribune.org/2019/03/13/texas-fires-tennis-coach-launches-internal-inquiry-after-bribery-scand/.

The Texas Tribune is a nonprofit, nonpartisan media organization that informs Texans — and engages with them — about public policy, politics, government and statewide issues.

In consideration of the current health situation, a small private family only memorial service will take place for Asynthia Swan Long at 2:00 p.m. Saturday, October 24, 2020, in the Flanagan-Watts Funeral Home Chapel of Marietta, Oklahoma with Pastor Brett Alberda officiating. Arrangements a…