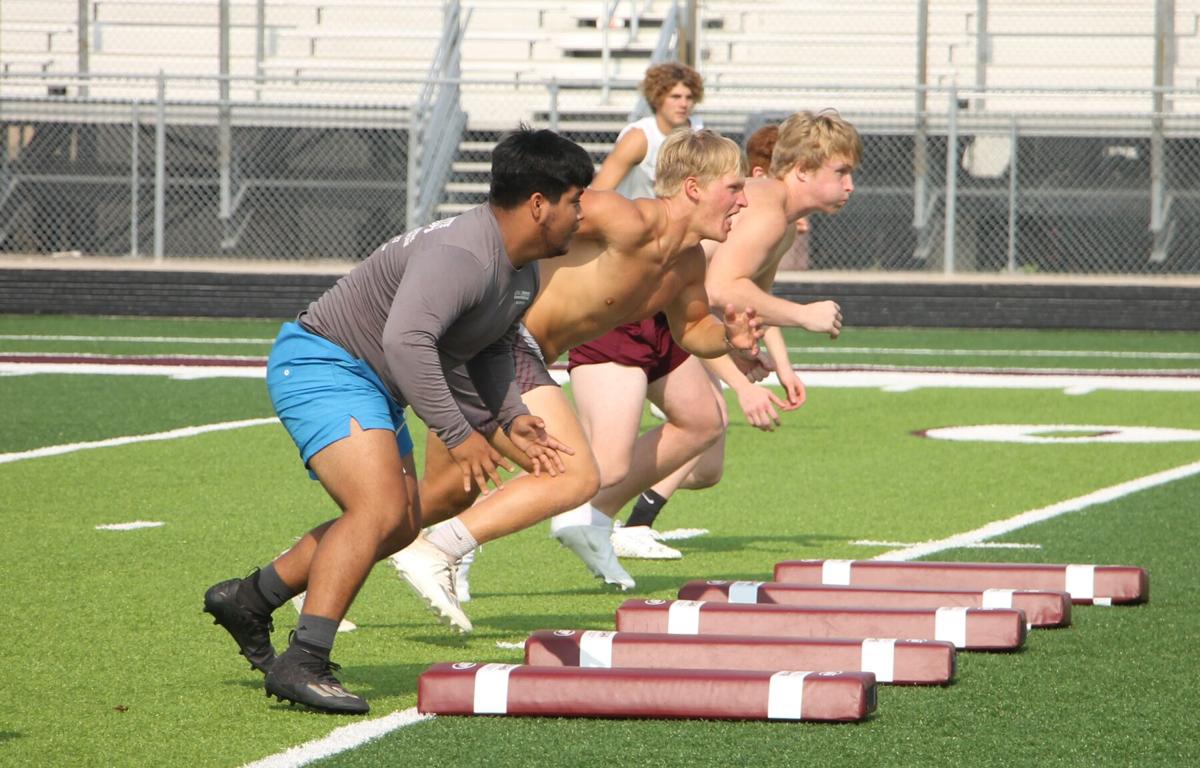 Whitesboro defensive linemen take off in pursuit of a ball carrier during summer workouts. 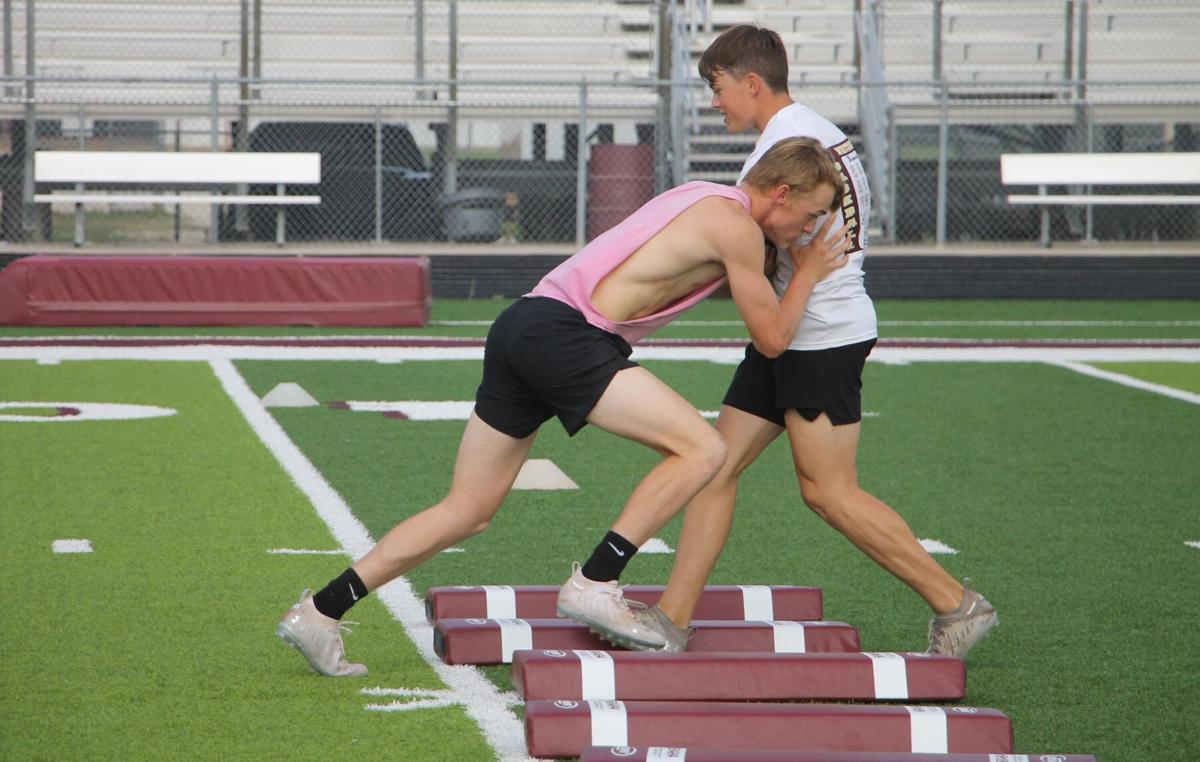 Bearcats walk through defensive plays as they work on learning this year’s defense.

Whitesboro defensive linemen take off in pursuit of a ball carrier during summer workouts.

Bearcats walk through defensive plays as they work on learning this year’s defense.

The coaches may have been out of town, but that did not stop the players from working hard.

The Whitesboro football team wraps up summer workouts this week with football practice set to start Aug. 2, but the players have been doing more than the minimum as they get ready for the season.

There were no official workouts July 19 and 20 while coach Cody Fagan and others were at a convention, but the Bearcats took it upon themselves to keep working.

“It was fun, we were at the coaches’ clinic… and weren’t allowed to open the facilities or organize any workouts, but I was getting pictures from a couple of my kids, Mac (Harper) and Sterling (Gartin) and those guys,” Fagan said. “They were getting out here on their own, 15, 16, 17 deep and just getting work in, even with the coaches not here. Kids have bought in to trying to outwork people, (which) is going to be our recipe for success. Should be a fun, exciting year.”

Harper said it isn’t hard getting other players to come.

“Everybody’s really putting into it, and that’s what we need to see,” Harper said. “Right now, (we’re) up here just working on team chemistry. Last year, we were very (inexperienced). This year, we’ve pretty much returned almost everybody, so it should help. We come (and have) extra workouts, just us without the coaches. We’re up here for an hour, two hours in the weight room all together.”

Whitesboro finished last season tied for fourth in District 4-3A-1 with Paradise at 4-3, but the Panthers’ win against Whitesboro meant the Bearcats missed the playoffs for the first time since 2010.

Gartin said returning to the playoffs will require everyone working hard.

Fagan said the players need to show they have grown up since last year. Whitesboro had a young team in 2020 but brings back 22 of its 28 lettermen. He said many of the players weren’t sure whether they were ready to play varsity until late in the year.

The Bearcats should be more experienced this fall with nine offensive and seven defensive starters returning. Fagan said he is proud of how hard they have worked this summer, and having players who are willing to organize themselves to work out outside of practice is great.

“That’s when you know they’re figuring it out and know what it takes to be successful and really, truly want it,” Fagan said. “When it takes the coaches to be the motivators each and every day, you normally aren’t going to have a very good year. But when you got a bunch of kids that can motivate themselves, round each other up and get the work done, a lot of problems solve themselves, because they’ve invested more, and they are going to invest enough to want to be successful on a Friday night.”

When the coaches are around, the Bearcats are taking it slow as far as football-specific work. The coaches are focused on basic schemes and terminology, intending to ramp it up later.

Hermes said he thinks the workouts are going well, and if the players keep pushing themselves and doing more than is asked of them, a return to the playoffs is within reach.

“Like Coach (Fagan) says, we’re not going to win or lose a game off one of these practices,” Hermes said. “But from these, we can build up so much… We can just really build off it coming into Aug. 2.”