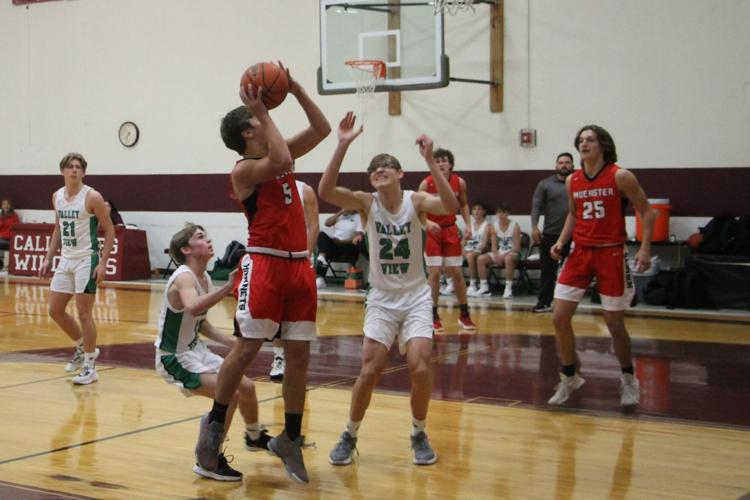 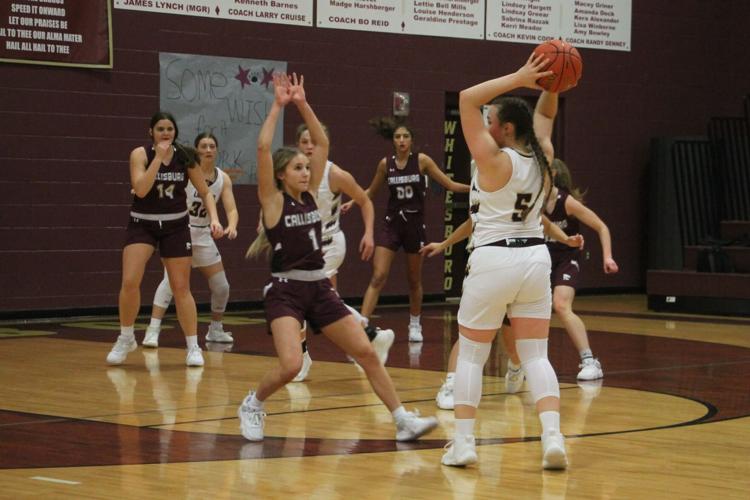 Bradi Gallaway handles the ball during the Whitesboro Lady Cats' game with Callisburg.

Bradi Gallaway handles the ball during the Whitesboro Lady Cats' game with Callisburg.

As the calendar changes from 2021 to 2022, winter high school sports are pivoting to new phases of the season.

Most area basketball teams got a taste of district play in December before returning to non-district play during the holidays. Now that January has arrived, district play can begin in earnest.

Meanwhile, soccer teams used December for preseason matches and are ready to begin their seasons. Gainesville opened the season Monday night with a pair of matches at Anna and will play at home Thursday through Saturday as each hosts a tournament.

The Gainesville boys are looking for their third-straight district championship under coach Danny Franco. The Leopards went 20-4 overall last season and a perfect 8-0 in district play. They won 15-straight matches before falling in the third round of the playoffs in a 2-1 overtime heartbreaker to Fort Worth Castleberry.

The Lady Leopards have made steady progress since Franco took over in 2017. The girls’ team has posted a better district record each year and finished second last season. Gainesville’s 0-0 draw with champion Bridgeport was the only district match Bridgeport didn’t win.

On the basketball court, area teams have seen a mixture of results so far. Muenster and Whitesboro lead the way as both schools have seen success with both their boys’ and girls’ teams. Both girls’ teams are ranked in the top 25 of their respective classes by the Texas Association of Basketball Coaches.

The Muenster Hornets enter the new year 13-3. They are the only area UIL team to have not played a district game. Muenster opened its season by winning the Saint Jo tournament Dec. 2-4. The Hornets dropped a pair of games on the first day of last week’s Holiday Classic but have been otherwise stellar and look like a strong district title contender.

The No. 9 Lady Hornets look primed for another district championship run at 18-3 with a 2-0 district record. Muenster won the Holiday Classic last week and has won nine-straight games. Both Muenster teams host Alvord on Friday in a pair of critical games in the district title race.

The Whitesboro boys started 1-4 while many of its players were busy in the football playoffs, but the Bearcats haven’t lost since. Whitesboro sits at 12-4 and won tournaments hosted by Blue Ridge and Leonard. The Bearcats are 1-0 in district after a hard-fought home win against Callisburg, putting them in good position to contend.

The Callisburg boys and Era girls are two other teams with notable starts to the season. The Wildcats are 13-6 and took third in the Holiday Classic. They are 0-1 in district after a 53-52 loss at Whitesboro but have shown they will be a competitive team in the district despite losing several players from last year’s 28-1 regional quarterfinalist team.

The Era Lady Hornets are 14-8 and 2-1 in district after a narrow 48-46 loss to district contender Alvord. Era took second in the Era Classic and Holiday Classic tournaments and looks poised to be a tough out in a challenging district.