AUSTIN — With midterm elections just over 100 days away, there’s word that Texas remains vulnerable to hacking.

At least that’s the assessment from the congressional Committee on House Administration, which reports that Texas is one of eight states “that have significant election security vulnerabilities but may not be planning on using federal assistance to address their biggest vulnerabilities.” 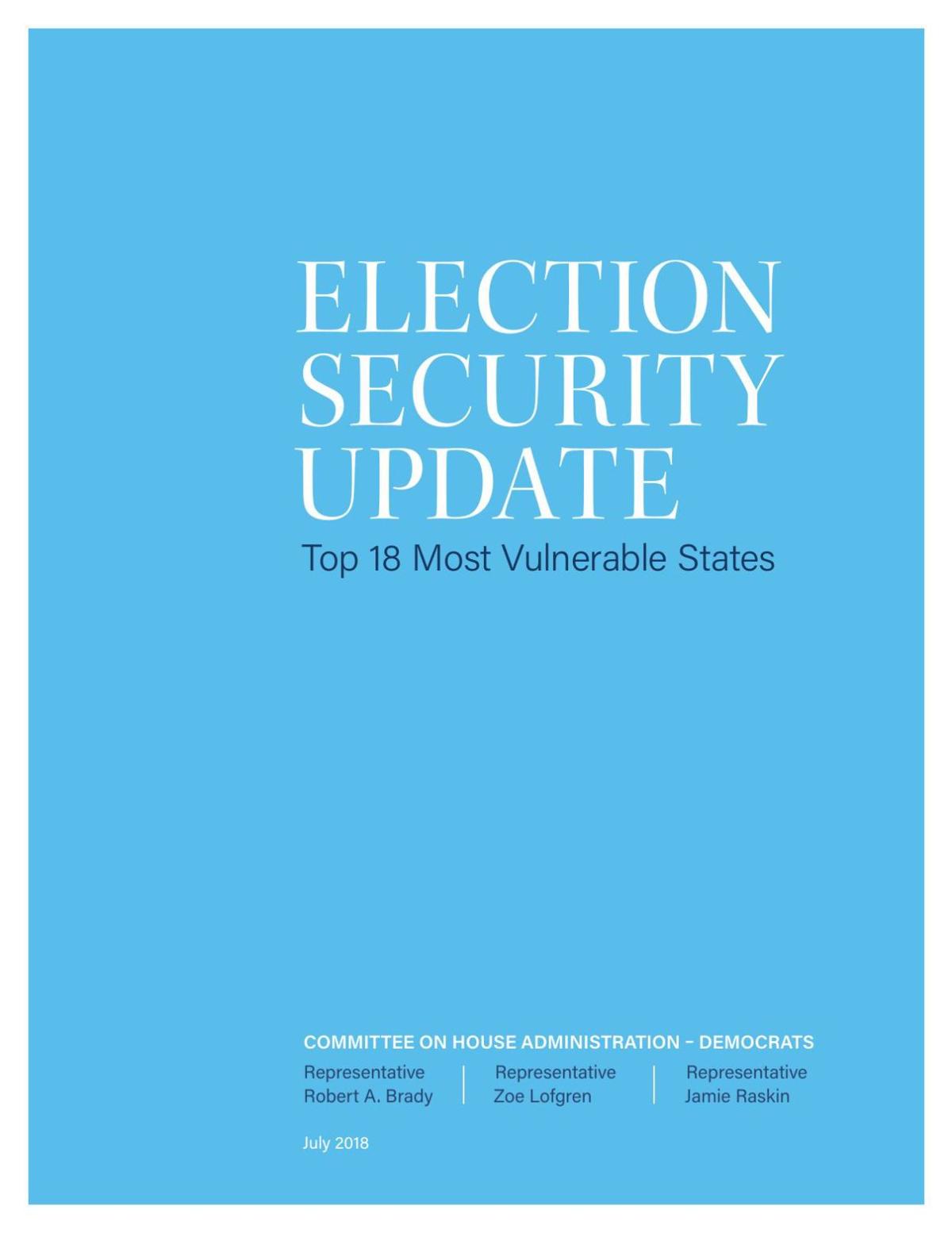 According to the report, Texas’ vulnerabilities include: paperless voting machines; failure to require post-election audits in jurisdictions with paperless machines; no requirement for election officials to receive cybersecurity training; and a finding that Texas’ voter-registration system needs upgrades to gain certification as “secure, redundant, and accurate.”

But the Texas secretary of state’s office said officials here are addressing the issues.

“Our agency has worked for years to ensure that elections infrastructure in Texas is secure and not subject to manipulation or interference, so we take issue with the recent assessment by members of the House Committee on Administration — who never reached out to our office to seek input for their report,” Sam Taylor, a spokesman for the secretary of state’s office, wrote in an email. “Nevertheless, the Texas Secretary of State’s office continues to take any and all threats with the highest level of seriousness, and we have taken a number of proactive measures to safeguard Texas’ election infrastructure against potential cyber threats.”

The secretary of state also took issue with the charge that Texas has not indicated how it will spend $23.3 million in Help America Vote Act funding.

In a July 18 letter to the U.S. Election Assistance Commission’s executive director, Texas secretary of state, Rolando Pablos, wrote that the money will be used to help meet three goals:

In its report, the committee recommended that “Texas should prioritize upgrading its voter-registration system, replacing its paperless machines, and implementing post-election audits as soon as possible.”

But Chris Davis, Williamson County’s elections administrator, said Texas’ $23 million in federal funding is “a drop in the bucket,” compared to the cost of outfitting Texas 254 counties with new voting machines.

“It’s more symbolic than anything,” said Davis, who is also president of the Texas Association of Elections Administrators.

Davis said that it would cost his county, which has close to 1,000 machines, upwards of $5 million to buy new, upgraded equipment.

Pablos addressed the cost of voting machine upgrades in his letter to the EAC.

“Any significant effort to replace voting equipment throughout the entire State of Texas, or any other state of comparable size, would require a substantially larger federal commitment in order to make a meaningful impact on subsidizing the costs to the counties in their efforts to modernize their voting equipment.”

Amy Cohen, executive director for National Association of State Election Directors, has read the congressional report, but declined to discuss it on the record.

Cohen did, however, say that “all of the states mentioned in this report, and nationwide, take cyber security seriously and are taking steps to ensure that voters can have confidence in the results in November and beyond.”